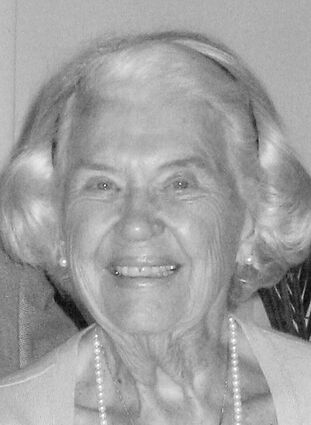 Leila was born in Carrington, N.D., in 1924 to Albert Edwin Southard and Ann Nelson Southard.

Leila grew up in Fessenden and Grafton, N.D., and graduated from Fargo High School in May 1942. Leila followed in her older sister Virginia's footsteps when she attended the School of Nursing at Lutheran Deaconess Hospital (now Advocate Hospital) in Chicago. While in nurses training, Leila was a cadet nurse for the Department of Public Health.

Thanks to fellow nursing student and classmate, Carol Ronning Hanson, Leila met John Alfred Ronning, Carol's brother, at their parent's home in Chicago. Leila and John were married in the Elim Chapel at the Lutheran Deaconess Hospital on March 14, 1945. Dr. Ronning was a dentist who served in the Navy during World War II and the Korean conflict. John and Leila were a remarkable couple. They lived in a variety of places during John"s service in the Navy. In 1954, the family settled in Hinsdale, where Dr. Ronning established his dental practice.

Leila was active in her community, serving as a leader for several civic organizations. She was a past president of the Hinsdale Garden Club, a volunteer for The Community House and chairman of Women's Golf at the Hinsdale Golf Club. She was a volunteer at Hinsdale Hospital and served on the board of The Robert Crown Center for Health Education (now Candor). Leila established the St. Thomas' Hospice Flower Program, delivering hundreds of bouquets of flowers to cancer patients over the years.

Leila was a faithful member of the Hinsdale Covenant Church and Holy Spirit Lutheran Church in Juno Beach, Fla. Her legacy of beauty in flowers, needlework and knitting were much appreciated. She was a devoted mother, an avid gardener, a devoted nurse, the consummate hostess, a dedicated volunteer and gracious neighbor. In her later years, Leila was known to knit darling Teddy bears. She would always say, "Everybody loves a Teddy bear." Leila lived a loving and caring life. She was a very special lady and her legacy of service to others is a remarkable example for all.

Leila was preceded in death by her husband, Dr. John A. Ronning; and her sister Virginia.

In lieu of flowers memorials may be made to King-Bruwaert House for Nursing, 6101 S County Line Road. Burr Ridge, IL 60527 or online at https://www.kingbruwaert.org/charitable-support.