The center of the (football) world 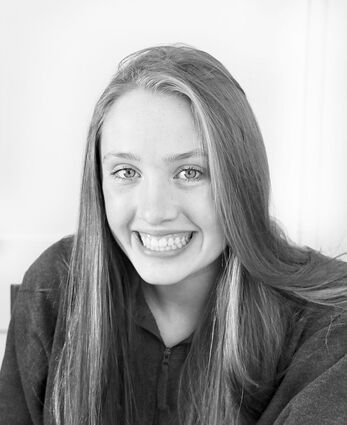 Three years ago, I was looking to attend a college that felt like a step into the real world. I wanted to go to a place far from home. I wanted to meet new people who came from backgrounds different from mine. And I wanted an environment where people were filled with love and pride for their school and community.

Attending the University of Georgia brought me everything I had been looking for - and then some. Going into my freshman year, I knew very few things about the place I would eventually call home. I knew the journalism school was great, the winters were warm and sorority recruitment was intense. Oh, and I knew the football team was good.

Growing up, I was an athlete and a sports fan, but football was barely on my radar.

I learned very quickly that at a school like UGA, that just wasn't going to fly. So I started tailgating every weekend and going to games with new friends. Every Saturday morning in October began with the team's anthem, The Who's "Baba O'Riley." Although my freshman year wasn't UGA football's big year, by the end of the season, I had become a football fan.

This past year, the team was back and better than before. I had gone from someone who never thought twice about the sport to traveling to Charlotte to watch us beat Clemson. I went to every game I could, wore my UGA sweatshirt on airplanes just to hear people shout "Go Dawgs" and felt a pride for my school like I never had before. To make things even better, we were winning.

The night of the national championship was electric. Downtown Athens was a blur of people, and the air was filled with hope and desire, as if every fan was holding their breath. The second we knew we won, the whole town erupted. Champagne poured down on everyone like rain, cars were stopped in the middle of the streets and people climbed up on lamp posts to "call the Dawgs." The streets were a sea of red and black as screams of victory filled the air. That night, strangers became friends, and we all felt like champions.

Thanks to UGA, I had an experience beyond my imagination. An experience that, before coming to Georgia, I never knew I wanted. At UGA, football is more than just a game. It's a culture that brings people together.

Although I know UGA is only another step in my life preparing me for the future, that night, thanks to football, my new home felt like the center of the world.

- Katie Hughes of Hinsdale is a guest columnist. Readers can email her at [email protected]