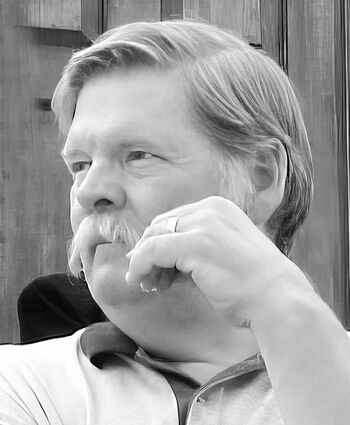 He was born in 1943 in Hinsdale to Karl and Jane Ostrum.

Karl grew up in Hinsdale and graduated from Hinsdale Township High School in 1961, after which he joined the United States Air Force and proudly served his country for four years. On April 25, 1970, he married Lynn Twichell at the Union Church in Hinsdale. Karl worked for Molex Inc. in Lisle as a shipping foreman for many years. In 1998, Karl and Lynn moved to Montello to enjoy their retirement years.

During those years, he worked at the White Lake Golf Course in Montello as a groundskeeper.

Karl was a Chicago Cubs and Bears fan. He enjoyed sports and was an avid golfer and bowler. When his son was younger, he also enjoyed coaching his baseball team.

He was preceded in death by his wife, Lynn Ostrum.

Visit https://www.wachholzandsons.com to send a condolence or to share a memory of Karl with his family.