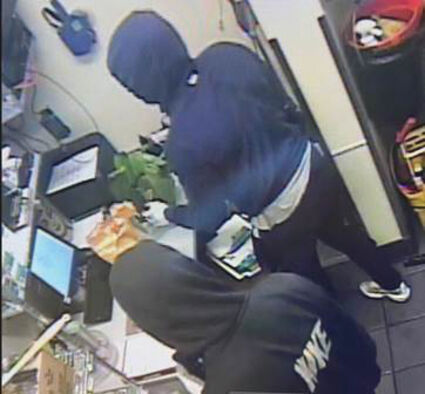 Shortly after, a chair was used to shatter the window at Starbucks, 500 E. Ogden Ave. The office was ransacked but nothing was taken.

"We're currently investigating if there is a connection between these and burglaries that have occurred along the Burlington tracks in Hinsdale and towns just west of us," King said. "We have leads on all four cases that we're actively pursuing."

A video canvass showed the offenders had tried the back door of Kramer Foods before crossing the tracks and heading to the barber shop.

In an unrelated incident, Monday, a clerk at J McLaughlin reported credit cards had been taken from her purse while two women were in the store.

"There was an attempt to use the credit cards afterward at the Oak Brook shopping center," King said.

Similar incidents are happening in many suburban towns, he noted.

"There is an increase in regional crime," he said. "Hinsdale is not immune to that. In the same regard, we still have low activity in town in terms of robberies and burglaries."

Police have made progress on the two armed robberies that have occurred in town since the beginning of the year - one of a postal carrier in town and one at the Verizon store.

"One has been cleared by an arrest," he said, referring to the June 16 incident at Verizon. "The second, we've been able to seize the vehicle used in the robbery, recovered the property that has been taken and we're preparing a case against the two known offenders."

The mailbox skeleton key taken from the postal worker has been recovered, he added.

He encouraged merchants or shoppers who see something suspicious to call 911.

"Sometimes there's an active surveillance or suspicious walk-through before a business gets hit, although not in these four cases," he said. "Make sure the alarm system and your video system are operating appropriately."

Police have instituted extra patrols in the business area in the overnight hours.

"We have some degree of confidence we are going to identify and arrest the individuals responsible for this current spree," he said.

And while crime is on the rise in the region, he said his department's efforts are making a difference in the village. He pointed to a drop in vehicle burglaries in 2021 to 11, compared to an average of 43 the three previous years.