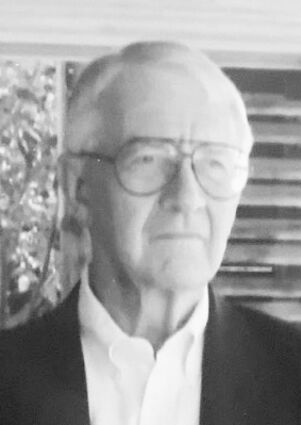 Matt was born in Summit-Argo to Beatrice and Matt Pauga in 1936. He was joined by a brother, Bob, 10 years later. He attended St. Blase Elementary School and St. Rita High School. In 1958 he graduated from Northwestern University and thus his career and lifelong ambitions were set in motion.

His first job was at Borg and Beck where he worked in accounting. He bought his first building in 1960 and from that point until September 2021 he continued to build, buy and manage apartment complexes. His son, Eric, joined him in the business and his brother, Bob, worked in various sections of the company. Recently, his grandson, Dylan followed in his father's footsteps and joined the company.

One of Matt's greatest loves was architecture. He designed and built a house in Oak Brook and North Barrington. He researched and explored every aspect and detail of these homes so that they resembled the architectural style they were meant to mimic.

He also had a lakehouse that added a whole new dimension to contemporary design. The lake house and his North Barrington home were both featured on architectural house walks.

Matt had a great appreciation for art and music. All of his homes featured sculptures, paintings and antiques from around the world. His love for music gave his family and friends exposure to professionals who came to play the piano, violin and harp at his parties and holiday gatherings. The occasional opera singer or French carolers were also a part of his holiday line-up.

Matt was an avid reader who was never without a book or the Wall Street Journal. He was also a biker and along with his wife were members of the "Pedal Pushers" bike club.

Matt loved politics and was always up for a great discussion no matter how controversial. In his spare time Matt loved to travel to Europe with his wife.

Matt was the epitome of the "self-made" man. He started with nothing but sheer determination and honest hard work. He valued education and the idea that you never stop learning. He was humble even though he didn't have to be.

In lieu of flowers, memorials may be made online to the National Leiomyosarcoma Foundation at https://nlmsf.org/in-memoriam/.