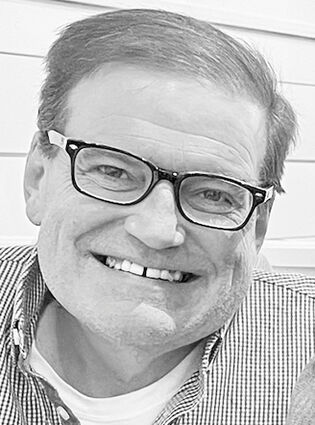 Joe grew up in Western Springs and attended St. John of the Cross school then graduated from Lyons Township High School in 1989. He then attended University of Dayton, where he met many incredible friends that have been with him through all his adventures. He started his business career at Daiwa Securities in Chicago, before joining Tradelink Investment Services where he worked as a back office manager for 12 plus years, then made a career change and worked for Jewel-Osco in Clarendon Hills.

Joe met the love of his life, Renee, in the summer of 2003 via mutual friends. They had an instant connection, sharing a love of music, family and friends. Most importantly, she liked sports. A year later they were married at La Grange Country Club and then in 2005 welcomed their son, Mason.

Joe's love and knowledge of sports was legend. You could ask him anything about any sport and he would know the answer; dates of games, who won, what the score was etc. His family always joked that he should work for ESPN (his favorite channel), for his infinite knowledge that he could retain and express with great enthusiasm! The numbers 23 (Michael Jordan) and 54 (Brian Urlacher) were sacred to him. His love for No. 23 comes from when he was there with his parents' watching history unfold as the Chicago Bulls won championships. Football season was his favorite, especially with his beloved Chicago Bears. Win or lose, he watched every game.

His son Mason fell in love with the sport as well and when he started playing, Joe's eyes would light up at every game and he was so very proud.

Joe's love of music is also legend. He enjoyed going to live concerts, and his ticket stub collection is impressive! He was always listening to music, playing it in the house, or on his headphones. WXRT was a staple. Grateful Dead, Phish, Wilco and U2 were some of his favorites on a long list.

A funeral Mass was held June 21 at St. John of the Cross Church in Western Springs.