Arrest made in Verizon armed robbery 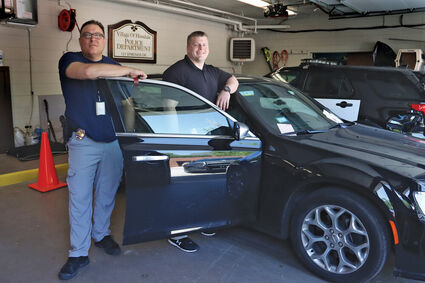 Hinsdale detective Sgt. Lou Hayes (left) and officer Kevin Berland stand with the car believed to be used in the Verizon Wireless store armed robbery June 16. A handgun with a bullet in the clip was found in the vehicle, which was tracked to Ford Heights, where Stephon Little was arrested. (Jim Slonoff photo/photos provided)

A Chicago man already on electronic monitoring for a previous robbery has been charged in connection with last week's armed robbery of Hinsdale's Verizon Wireless store and is being held without bond.

Stephon Little, 29, 10047 S. Forest Ave., Chicago, was arrested in Ford Heights Friday following the June 16 incident at 34 E. First St., police said. Little is accused of forcing a store employee at gunpoint to hand over dozens of Apple products just before the business' 8 p.m. closing. The employee had turned off the lights and locked the front door when police say Little, masked and armed with a handgun, entered the business from the rear door and demanded a total of 60 iPhones, iPads and Apple watches be loaded into a bag. He then instructed the employee to wait in the store bathroom for five minutes before exiting.

After Little reportedly fled in a black Chrysler 300 that was reported stolen out of Chicago, the employee contacted Hinsdale police. With the help of an Illinois State Police airplane, Little was tracked to Ford Heights and taken into custody without incident.

A search warrant of Little's car found a loaded .45 caliber handgun with one bullet in the chamber that is believed to have been used in the robbery, according to a release from the DuPage County State's Attorney Bob Berlin.

Little was charged with two counts of armed robbery and one felny count of possession of a stolen motor vehicle, all felonies. It was later determined that Little was on electronic monitoring after posting bond for a prior armed robbery at a cellphone store in Wheaton in November 2019, which occurred at roughly the same time and in a similar manner to the Hinsdale armed robbery, authorities reported.

Hinsdale Police Chief Brian King said surveillance footage from Ford Heights businesses played a important role by showing Little toting a bag similar to the one used in the robbery into a business in the 1600 block of East Lincoln Highway. Hinsdale detectives executed a search warrant there early Friday morning, recovering items from the robbery.

"Surveillance allowed us to execute a search warrant within a couple hours," he said. "That was a key to recovering the property.

"It came together nice and quick," King added.

Witnesses reported to police that Little arrived in Hinsdale as the passenger in the Chrysler, which had backed into a spot adjacent to the rear door of the Verizon at about 7:15 p.m. The car was found with stolen license plates attached. King said another arrest might be forthcoming.

"There's one other suspect, a driver, that we're working to identify," he said. "There could potentially be additional charges pending the arrest of that individual." 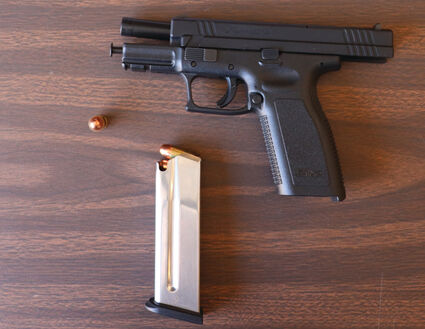 The state's attorney's office reported that Little was denied bond in a Tuesday hearing. If convicted, Little faces a prison term of 21 to 45 years.

This is the second armed robbery to occur in Hinsdale within recent weeks. On May 9 a postal employee was robbed of his keys at gunpoint while making his rounds near Chicago Avenue and Stough Street. Hinsdale police stated that "significant progress" has been made in that investigation.

"Both of our two recent armed robberies are part of larger regional crime patterns effecting the Chicagoland area," King said, thanking the state's attorney and the Burr Ridge and Clarendon Hills police departments for their assistance. "We can assure residents that we will tenaciously pursue those that commit violent crimes in Hinsdale."