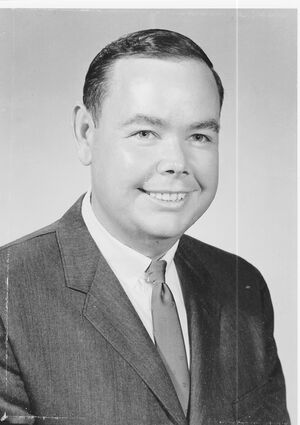 A native of Missouri, Charles, also known as Chuck, was the ninth child of James and Gertrude Bolton of Mindenmines. Charles attended Pittsburgh State University, earning a degree in education. After graduating, Charles volunteered for the Army and served in counterintelligence in South Korea and Japan during the Korean War. On returning to the U.S., Charles returned to Pittsburgh State University, where he earned his master's degree in administration.

Charles worked as a teacher in Oak Park until becoming a principal in Midlothian. He was then hired as the opening administrator for Brook Forest School in Oak Brook and retired as principal of Butler Middle School in Oak Brook. After retiring, his love of flowers led him to work at Hinsdale Flower Shop, where he worked for many years.

Family was of utmost importance to Charles. He enjoyed planning, cooking and entertaining large groups and family gatherings, where he was known for his gourmet cooking.

He is survived by his wife of 60 years, Elizabeth "Libby;" his daughters, Ellen and Jill; his grandchildren, Amy, Elizabeth (Travis), Jeffrey (Emily), Rebecca (Mike) and Christina; and many nieces and nephews.

He was preceded in death by his eight older siblings.

A funeral service will be held at 10 a.m. Tuesday, June 21, at All Saints Anglican Church, 131 E. Boughton Road, Bolingbrook.

Burial will follow immediately at Clarendon Hills Cemetery in Darien.

In lieu of flowers, donations may be made online to St. Jude's Children's Hospital at https://www.stjude.org or to All Saints Anglican Church, 131 Boughton Rd, Bolingbrook, IL 60440.