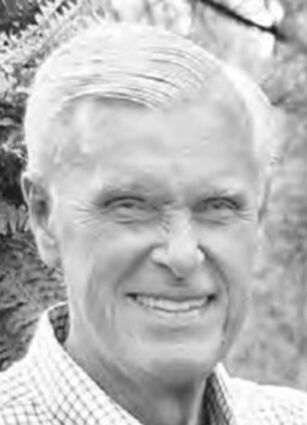 A native Californian, Robert was born in 1929, the second of three sons of Viola and Benjamin H. Grisemer of Porterville. Robert earned Eagle Scout honors, graduated from high school and joined the Class of 1951 at Stanford University. While at Stanford, he was a member of the swimming and football teams. After graduation, he volunteered for the Navy, serving first on a destroyer in the Korean War, then extending his tour of duty to train as a Frogman (now known as SEALs), ending his active service as second-in-command of UDT-12.

In 1956 he joined the corporate world in San Francisco in the metal packaging industry. Twenty years later he started his own business, which developed pioneering technology to recycle metals from municipal solid wastes. Robert was an avid outdoorsman, an enthusiastic golfer and tennis player, an expert skier, a gifted woodworker and carver. He loved life, his family, his friends, world travel and good martinis.

He was preceded in death by his parents, his uncles and his younger brother, Alan.

He is survived by his wife of 61 years, Janet; his children, Alison and Benjamin; his grandchildren; his older brother, Charles; and many cousins, nieces and nephews.

A celebration of life will be held at 11 a.m. Saturday, June 11, at the Hinsdale Golf Club, 140 Chicago Ave. Clarendon Hills.

In lieu of flowers, memorials may be made to the Alzheimer's Association, 225 N. Michigan Avenue, 17th Floor, Chicago, IL 60601, or to a charity of choice. Brian Powell Funeral Directors of Hinsdale handled the arrangements.