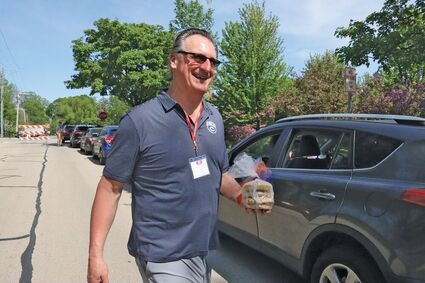 HCS Family Services had some 1985 Super Bowl champion Chicago Bears on hand May 13 not only to help pass out cookies to their clients, but also attend the agency's 85th birthday celebration later that afternoon. The players included Kurt Becker, Jim Morrissey, Emery Moorhead, Mike Hartenstine and Otis Wilson. Becker was the fastest moving Bear on the lines that afternoon passing out cookies. Morrissey and Moorhead take a moment to pose with Shazad Ali Carbaidwala and Scott Brechtel. Wilson hugs a partygoer and Becker autographed a book that he appeared in for Terry Richard. (Jim Slonoff photos) 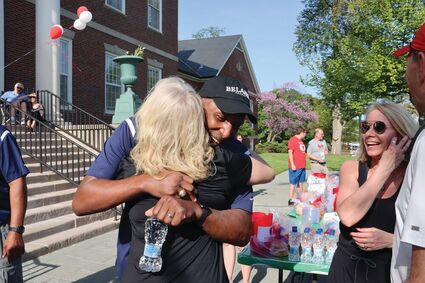