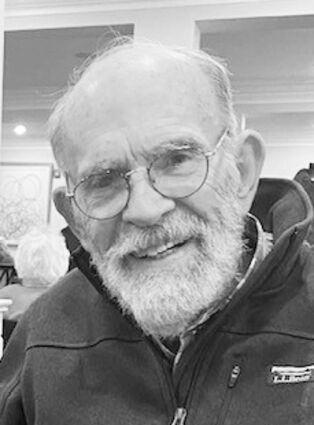 Jack Elder Tingley, 78, of New Harbor, Maine, and a resident of Magnolia Senior Living in Hinsdale, passed away peacefully May 1, 2022, in Hinsdale,with his family by his side.

Jack was born in 1944 to Oscar Naaman and Elizabeth Ruth Tingley, nee Elder. He graduated from Coral Gables High School and went on to study history at the University of Miami as an ROTC cadet. His mother joined the staff as a secretary to help fund his education. After graduation, Jack remained in the Army, deploying to Viet Nam in 1967 and becoming an officer. Capt. Tingley proudly served his country for five years.

In 1969, he met Sibyl at Fort Sheridan, where he famously asked the Swede, "Why don't you girls stop speaking German, and do you know any English?" His ineptitude for foreign languages must have been endearing, as they were married two months later and raised three children together. This past June, they celebrated 52 years of marriage.

Jack later moved his family to Portland, Maine, knowing that his Swedish wife would love the state as much as he did. He found a job selling trucks. Jack went on to become an executive in the automotive industry, mentoring many young people along the way. Many still say he was the best boss that they ever had.

His career took the family to many places along the way, but Maine would be a constant in their life. Summers were spent in Maine, where Sibyl and Jack's love of the outdoors and nature has been handed down to their children and grandchildren. Fishing, crabbing, orienteering, gardening and hiking were encouraged - and many times, required.

Jack's positive attitude, love of family and nature, enthusiasm about his Scottish heritage and the Mackintosh clan, and his impromptu history lessons will be sorely missed.

He was preceded in death by his brother, Michael R. Tingley.

Private interments will take place in Maine and at Arlington National Cemetery in Arlington, Va.

In lieu of flowers, memorials may be made online to Disabled American Veterans at https://www.dav.org/ and the Olde Bristol Historical Society at https://oldbristolhistoricalsociety.org/ (New Harbor, Maine).