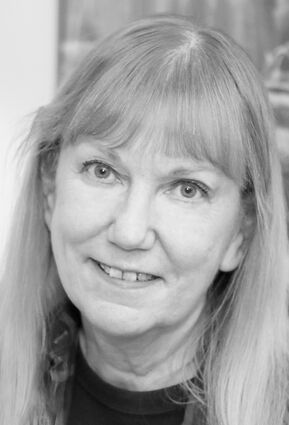 Susan Marshall Reck, 73, of Hinsdale passed peacefully in her sleep on April 4, 2022.

A software developer, wife and mother, she was born in 1948 in Elmhurst to Allan Wilson Marshall and Virgilia Schooley Marshall of Franklin Park. She grew up in Colorado and California along with sister Anita Hope Marshall and finished high school in Illinois when they returned to Arlington Heights, keeping up with her father's career as a United Airlines pilot and executive.

A third-generation clarinetist and pianist, Susan played clarinet and alto sax in concert, marching and jazz bands and twirled baton. She majored in Spanish at DePauw University in Greencastle, Ind., where she met her husband, Richard Alan Reck. After studying abroad her junior year at the University of Madrid in Spain, she graduated with a bachelor's degree in 1970.

She and Richard were married Jan. 16, 1971. The couple moved to Ann Arbor, Mich., where she worked in data processing for the University of Michigan and a local company while her husband earned his MBA. They came to Western Springs, and she joined international accounting firm Pannel Kerr Forster as a programmer trainee. Over the next decade, she ascended to national leadership of the firm's computing department as Manager of Information Technology. In 1980, Susan and her husband purchased a home in Hinsdale, which they extensively expanded and updated. She loved the home, participated in its design and decorating, made curtains and shades, upholstered furniture and made many more improvements.

With the 1981 arrival of her first son, Daniel Marshall Reck, she retired from Pannel Kerr Forster to start her own software development consultancy. Three years later, her second son was born, Alan Charles Reck. She introduced both boys to software development from a young age, with each going on to earn computer science degrees and pursue successful careers in the field. During their childhoods, Susan was a volunteer Scout leader. The family adopted several parrots and parakeets over the years, with Susan carrying a fondness for pet birds from childhood. Susan continued to play piano through life, creating favorite family memories and inspiring her children to study music. She also took up tap dancing and painting, with a particular interest in creating oil, acrylic, and watercolor paintings that decorate their Hinsdale home. A favorite hangs above the mantle - a portrait of her maternal grandparents' homestead in Terrill, Iowa.

She is survived by her husband, sister, two sons and their wives; her sister-in-law, Pamela Lee Reck; and her mother-in-law, Mary Ellen "Ditty" Reck.

A family gathering will be held later in the year to remember Susan.

In lieu of flowers, memorials may be made to a charity of choice in Susan's honor.