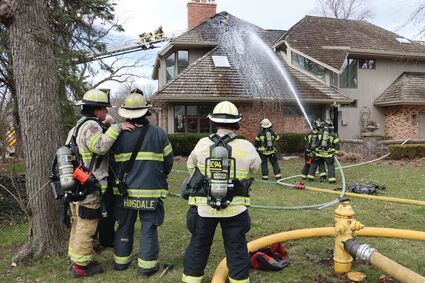 A person driving by the home at 323 W. North St. noticed flames coming from the roof Monday afternoon, called 911 and notified residents of the fire. The house was evacuated safely and there were no reported injuries. Crews from 14 other local fire departments assisted Hinsdale firefighters in extinguishing the blaze. Aerial ladders from Hinsdale and Clarendon Hills were used. The fire was contained to the roof and attic of the home. Hinsdale fire investigators are still determining the cause of the fire, which caused an estimated $500,000 in damage. (Jim Slonoff photos) 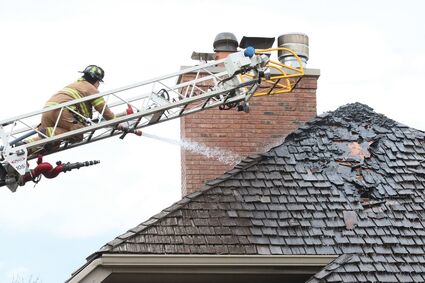