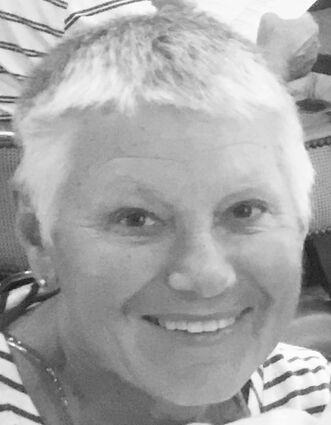 She taught elementary school in Ohio for several years before meeting Paul in Cleveland. He convinced her to move with him to Sea Bright, N.J., where they were married in November 1975. They soon welcomed daughter Jenny in 1976 and son Rob in 1979. The family lived in Huntington Beach, Calif., and Conifer, Colo., before settling in Hinsdale in 1985.

Barb took time off from teaching when her children were little, but she was thrilled to return to it 10 years later in a new role, as the librarian at Walker School in Clarendon Hills. Warm, creative and nurturing in her approach, Barb was loved by the thousands of students she taught over the years, whether helping them to discover new books, teaching experiential lessons, leading a Turtle Tea or showing off the school's pet iguana.

Barb nearly achieved her goal of putting her toes in the ocean every month no matter the season, and she regularly woke up before dawn to join the Friends of Hunting Island in protecting sea turtles.

Barb touched the lives of so many people with her kindness, sincerity, playful sense of humor and genuine hospitality. She lived fully present in the moment, one of the reasons she connected so well with her students, children and grandchildren.

Barb was beautiful inside and out, so special and dearly beloved, and she will be missed so much.