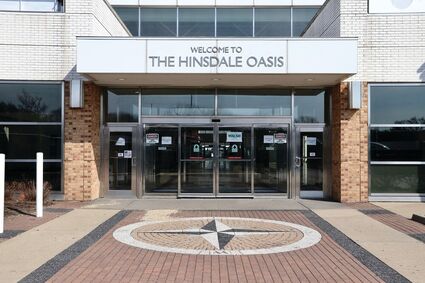 A project to widen the Tri-State Tollway means the end of the over-the-road Hinsdale Oasis building, once home to a variety of restaurants. The final three - Panda Express, McDonald's and Sbarro - closed Sept. 15. Crews are preparing to remove the building this spring and the pedestrian bridge connecting Hinsdale and Western Springs this summer. A noise wall around the oasis has been installed to minimize the impact of construction on Hinsdale residents who live nearby.

Crews have been working to prepare for the removal of the over-the-road Hinsdale Oasis building this spring as part of the Illinois Tollway's Central Tri-State Tollway Project.

"There's a lot of it that has to be unhooked and re-hooked up," said Brad Bloom, assistant village manager. "The water that feeds the east side of the oasis actually goes in pipes under the oasis. That needs to be rerouted under the actual tollway."

"The oasis will remain open to Illinois Tollway customers during construction, with access to the 7-Eleven fuel stations with food, restrooms and fuel available to customers traveling in both directions on I-294," he wrote.

An intergovernmental agreement the village entered into with the Tollway in May 2019 allows it to develop some of the property on either side of I-294 for an expanded oasis.

The village has received about the $550,000 a year in tax revenue from the oasis, with about half from the food and beverage tax at restaurants and half from sales tax at the gas stations.

"This project has a lot of potential to increase the revenue the Village of Hinsdale receives in addition to the sales tax revenue currently benefiting the village," Bloom added, pointing to income for restaurants that would lease or rent the space from the village.

As part of the project, the Tollway also is building a new pedestrian bridge over I-294 near 47th Street to connect Veeck Park in Hinsdale to Spring Rock Park in Western Springs.

Westbound traffic on 47th Street from Princeton Road and Commonwealth has been limited to a single lane since the fall. Beginning the week of April 4, all traffic on 47th Street in that stretch will be shifted to the eastbound side of the road and reduced to a single lane in both directions to provide for a construction work zone, Rozek said. Crews will use the space to construct retaining walls and assemble the steel pedestrian bridge that will be placed over I-294 when completed. Traffic in this area of I-294 has been shifted for ongoing construction of piers and abutments for the new bridge.

"Traffic is scheduled to remain in this configuration through 2022," Rozek said. 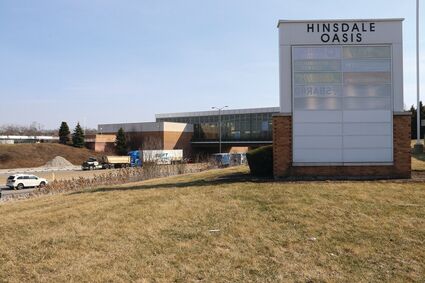 "We expect lane closures on Ogden Avenue to safely accommodate traffic once this work begins, and we can pass along more details once our schedule becomes finalized," Rozek said.

The $4 billion project will reconstruct and widen the Tri-State between Balmoral Avenue and 95th Street to provide congestion relief, update old infrastructure and address regional needs. The project began in 2018 and has an estimated completion date of 2026.