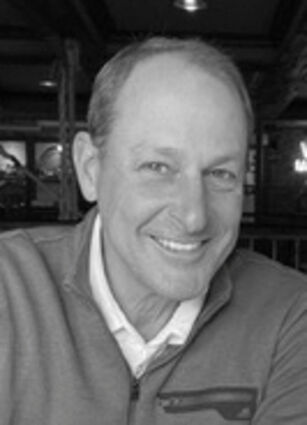 Thomas McCleary, a 19-year Hinsdale resident, passed away March 12, 2022, after fighting a courageous battle against cancer.

Tom, 63, was born and raised in the suburbs of Detroit. He lived in New York City and Chicago before settling in Hinsdale.

He received an engineering degree from University of Michigan and an MBA from the Wharton School Business. He spent 30 years in the financial markets and upon retiring, joined his wife, Megan, in residential real estate.

Tom was married to the love of his life, Megan, for 23 years, and he adored his two children, Sean and Anna.

He had a contagious positive attitude and brought joy, enthusiasm and kindness to everything he did. A passionate golfer, Tom was a member of Beverly Country Club, Calusa Pines and a founding member of The Chicago Highlands. He was also an avid scuba diver and lover of life, living with no regrets with his mantra of "do it today and don't put life off until tomorrow."

Tom was a proud and active supporter of Greenhouse Scholars mentoring and donating his time and wisdom to help high achieving, low-income students succeed in college and beyond.

He was preceded in death by his mother, Patrecia McCleary.

A funeral Mass was held March 15 at Notre Dame Church in Clarendon Hills.

In lieu of flowers, memorials may be made online to Greenhouse Scholars at https://greenhousescholars.org or to the American Cancer Society at https://www.cancer.org.