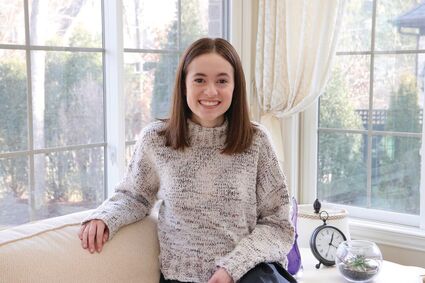 Extracurricular activities can help students make new friends, explore their creativity or hone their athletic skills. They also can save lives.

Hinsdale resident Emma Gerhard is a junior at Benet Academy in Lisle and co-president of the Young Hearts For Life Junior Board. Founded by Dr. Joseph Marek in 2006, YH4L performs cardiac screenings on thousands of high school students each year. In its 16-year history, YH4L has screened more than a quarter million teenagers and referred 3,100 students for potentially life-saving followup screenings.

"Basically, we give free EKGs to high school students," said Gerhard, who has been a member of the junior board for three years. She's one of 20 high school students from 12 area schools who help to organize and facilitate screenings throughout the Chicago area. Junior board members also raise money for the program and create educational videos to raise awareness of the screenings and the life-threatening conditions they are designed to detect.

Gerhard and the rest of the six-member executive board meet monthly to further their own knowledge and to plan future events. They sometimes have guest speakers, such as a doctor in the field or someone who has suffered from a heart condition.

"I've always wanted to help other people and that's what I want to do with the rest of my life," Gerhard said. "I am so excited to be a part of an organization that promotes such important, life-saving work in the community."

She plans to be in attendance when YH4L visits Hinsdale Central High School on Thursday, March 24 (see Page 18 for details.) She encourages every student to register for a screening. The last time YH4L visited Hinsdale Central, 13 students were referred for further testing.

"With each screening we end up detecting a number of kids with problems," Gerhard said.

Having had the screening herself, Gerhard said the test is simple and painless. It involves placing sticky patches to the arms, legs and chest to detect potential problems with the heart or circulation.

"It's very short," she said. "It's pretty quick and relatively easy, and it can quite literally save a life."

Those who attended the screening two years ago should get screened again, Gerhard said, because conditions can develop over time.

Prior to becoming involved with YH4L, Gerhard said she thought EKGs were just for people who had suffered a heart attack or had a diagnosed heart condition. That's just one of many things she's learned as a part of the junior board.

"It definitely solidified that I want to go into medicine," she said.

YH4L not only helps to prevent the loss of life, it also provides medical and emotional support to those who have lost loved ones to cardiac events.

"It really fosters a sense of community," Gerhard said.