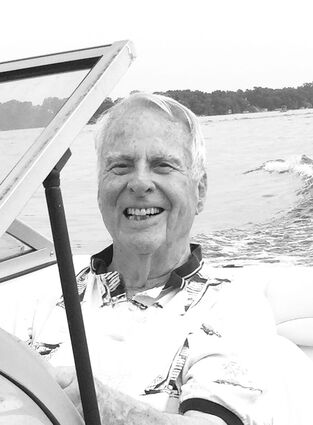 Pete was born in 1931 to Robert and Helen Ayres. He grew up during World War II and was a lifelong resident of Hinsdale and Western Springs. His great-grandfather, Anson Ayres, was an original developer and founder of the town of Hinsdale, and Ayres Street continues to bear his family name to this day.

Pete graduated from Hinsdale Central in 1949 with his class being fondly coined "the 49ers." He went on to graduate from the University of Illinois, where he was a member of the Delta Kappa Epsilon fraternity and the ROTC. He later served in the Army as a lieutenant motor pool officer for the 2nd armored division of Patton's "Hell on Wheels" stationed in Germany.

Pete met his future bride at the York Tavern after a softball game and married Joan Winkler in 1958. Pete and Joan enjoyed weekends at Twin Lakes, winters in Tucson, end-of-summer vacations at Paw Paw Lake, road trips to Hilton Head and many more fun and memorable adventures with their beloved family and friends.

Pete served as commodore of the Twin Lakes Sailing Club, president of the Hinsdale Jaycees and coached Little League baseball. In his spare time he often could be found plotting practical jokes to get back at his mischievous friends, cheering on the Chicago Cubs, playing tennis and competing on the local "Hardly Ables" softball team.

He took pride in providing the very best in old fashioned customer service, and many of his clients were also dear friends.

Pete was preceded in death by his two brothers, David and John.

In lieu of flowers, memorial may be made online to the Alzheimer's Association at https://www.alz.org.

A celebration of his life will be held this summer.