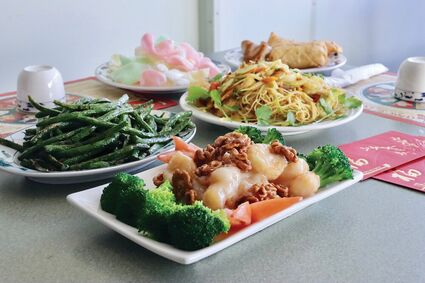 Ready to party like it's 4720? Feb. 1 is the start of a new year in the lunar calendar, a timeline that doesn't adhere to the A.D./B.C. system and is celebrated by the most populous nation on the planet.

Known widely as the Chinese New Year, the occasion, according to Jade Dragon owner Ken Mei, is his native land's biggest holiday.

"We are wearing new clothes, and children get money from older people in red envelopes," he said, recalling his youth in China and drawing a parallel with Christmas in the West. "It's a fun day for kids."

With many of the country's 1.4 billion citizens returning to their hometown for family gatherings and local festivities, the Chinese New Year is billed at the "largest human migration."

"The whole family stays together, several generations, and we play and take time off for almost 10 days," Mei said. "We go door to door to greet friends."

"We know that night that parents will put the red envelope under your pillow," she related, noting that red is the color most associated with the new year. "It's the color for good luck."

Akin to the Times Square ball drop, Chinese people count down to midnight, at which point the skies are lit up with stunning fireworks displays. Local celebrations also feature dragon and lion dances that delight the crowds.

"My parents would always take me to the Buddhist temple after the fireworks to pray for good luck," Fang said.

Of course food is a central element of the fellowship with loved ones. Fang said her family would typically prepare a hot pot for communal enjoyment. She added that fish is also traditional dish because it symbolizes a continuation of last year's prosperity (hopefully!) into the new year. Duck and sticky rice cakes, which represent family unity, are served during the holiday.

Much like the spirit reflected in the song "Old Lang Syne" and in making resolutions, Mei said the occasion is meant to mark the beginning of a fresh chapter.

"We leave the old things behind and have a new beginning, that's the meaning of the Chinese New Year," he said.

Special door hangers adorn houses to proclaim "Gongxi fåcái!"(gong-sshee faa-tseye), i.e. Happy New Year, to visitors. Dances and fireworks are prevalent throughout the extended festival as are decorative paper lanterns. A lantern festival marks the last day - Feb. 15 this year - of the celebrations, when neighborhoods are festooned with the colorful illuminations,

Fang said although her two daughters were born in the States, they're well-versed on the customs.

"They know on New Year's Day you have to wear everything that's new, have a nice dinner and parents give them red envelopes," she said with a smile. "You can keep it or you can spend as much as you want."

While both Mei and Fang said their respective restaurants do not have special new year offerings, Mei said Jade Dragon guests will, however, be treated to a bowl of shrimp chips.

It's a little thing to remind us that it's the new year," Mei said.

Both offered suggestions from their regular menus for Hinsdaleans who want to observe the day, Mei recommended Jade Dragon's shrimp with broccoli or Szechwan green beans, while Fang said the sexy salmon roll or potstickers at Wild Ginger would be good seasonal flavors. 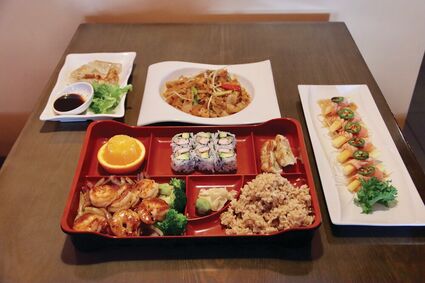 For those interested in the Chinese Zodiac, Tuesday begins the year of the Tiger (count back the years by mulitples of 12 to see if you were born under this sign). Tigers are natural leaders, according to https://www.travelchinaguide.com, with a spirit of adventure and ambition along with a strong sense of justice, with shades of arrogance and impetuousness sometimes creeping in.

Whatever the zodiac declares, Mei is eager for brighter and healthier days ahead.

"Hopefully," he said with a laugh.

Both Mei and Feng say they enjoy visiting Chicago's Chinatown during this season, seeing the authentic decorations and watching the Lunar New Year Parade, sponsored by the Chicago Chinatown Community Foundation. This year's parade is Sunday, Feb. 13, beginning at 1 p.m. from the intersection of 24th Street and Wentworth Avenue. It will feature traditional dragon and lion dancing teams, colorful floats, marching bands and more. The procession will travel north on Wentworth toward Cermak.

China will also be on display as a global host when the Beijing 2022 Winter Olympics open Feb. 4. So Gongxi fåcái! And let the Games begin.