Players from Central, five other high schools joined team for its inaugural season 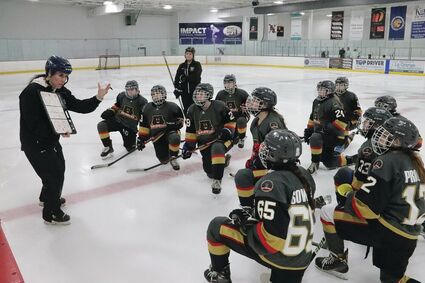 The Burlington West Grizzlies offers girls at Hinsdale Central and five other high schools the chance to compete in the Metro Girls High School Hockey League.

And competing is just what they are doing. The team is in third place in the Founders League as it heads into the final games of the season.

"We're a pretty competitive team," said Greg Whalen, president of the program's seven-member board. "Our overall goal this year was to get this team up and running. That was the biggest thing. And we wanted to make sure we did it right so it was sustainable."

The team, based out of the Willowbrook Ice Arena, has 16 players hailing from Hinsdale Central, Hinsdale South, Downers North, Downers South, LT and Willowbrook.

Two of those players are Whalen's daughters. Savannah Alexander, a freshman at Central, plays goalie and Trinity Alexander, a sophomore, plays forward. Both girls have been playing since they were 10 or 11.

"It's a break from everything else going on. If it's been a long day at school and I have hockey, it's really relaxing and it's a lot of fun," she said.

Defending the goal isn't as intimidating as it looks on TV, she said.

"When I'm in the net, I don't really think about the puck flying at me," she said. "I just think about what I need to do to stop it - and it can't go in."

Central sophomore Amy Laskowski, who has been playing hockey for about a dozen years, said she was happy to join a second team, known as double-rostering. She also plays on the Chicago Mission AAA U16 team.

"It was a new way to create bonds with people from other schools and even your school," said Laskowski, a center. "This season has been really fun. We just have an amazing time together.

"The fun that we have out of hockey translates to in hockey," she added. "We have chemistry on and off the ice."

That chemistry is one of the reasons the team has been successful, coach Julie Sochacki said, noting the camaraderie in the locker room.

"I didn't have any set expectations in the beginning, because I was unsure of the caliber of players I was going to have and the skill set and where we'd fall within our league," she said. "We started off a little rocky. We weren't doing horribly, but the girls have improved tremendously."

The team has won or tied most of its recent games, Sochacki noted.

"We've been super competitive within our league," she said.

All the girls, no matter their skill level, are motivated to improve, Sochacki said.

"Every girl who is there wants to be there and wants to get better," she said.

The team has great support from the board, which is part of the reason she agreed to add a third coaching job (she coaches her son's team and her younger daughter's team) to her busy schedule, which includes a full-time job as a marketing manager for a construction company.

The club is a 501c3 nonprofit, Whalen noted.

"We are always looking for sponsors to help us grow the team," he said, thanking Rehabon Physical Therapy in Downers Grove for covering the cost of helmets for all the girls. 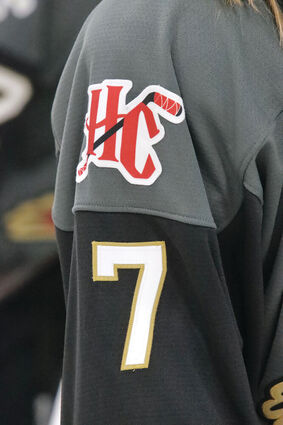 Each of the girls has a uniform patch indicating which of six high schools they attend.

"Next year we are looking for players, so if there's any girls that are interested in the area that currently play hockey and want to consider double-rostering or being part of a team, visit our website or reach out to me directly in regards to tryouts and any interest for the upcoming season," Sochacki said. The team's website is https://www.grizzlieshockey.com and her email is [email protected]

Girls don't have to play for another program to be part of the Grizzlies, but Whalen said about half of them do. The team gives them the unique opportunity to play with and against players they know from club hockey.

"When these girls get together, they are high-fiving each other and they are super excited to be out there," he said. "All the girls really get along regardless of what team they are from."