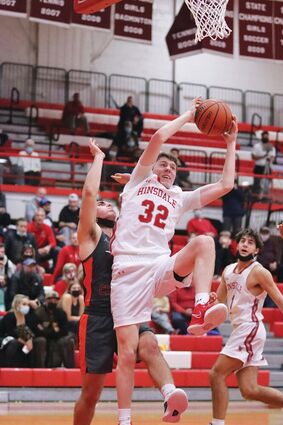 Jake Quast (clockwise from top left) grabs an offensive rebound during the Red Devils' opening game victory Dec. 22 against St. Charles East in the 2021 Hinsdale Central Holiday Classic. Ben Oosterbaan and Chase Collignon double team on defense to strip the ball away from a Saint. Oosterbaan goes up for a shot and Collignon works his way in to take a shot. Central's 72-57 win was followed by a hard-fought 45-44 triumph over DePaul Prep Dec. 23. Tournament play continued this week, with Central losing to Oswego East 53-59 in double overtime Tuesday. The Devils faced Stevenson last night, after deadline, vying for a third-place finish among the 16 teams. (Jim Slonoff photos) 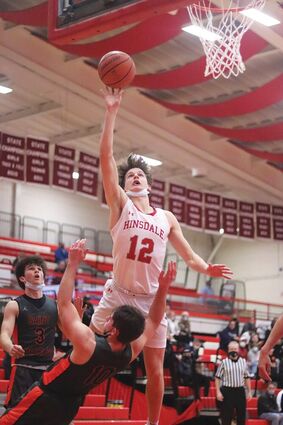