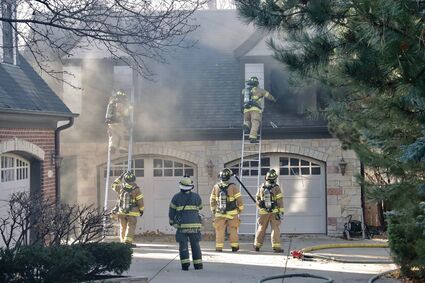 A downed primary power line behind a garage in the 400 block of North Adams Street caused a fire in the 3/4 car, two-story structure Monday afternoon. Firefighters arrived on the scene and found the power line sparking and smoke showing from the garage. The homeowner wasn't home, so the firefighters had to force entry and were able to extinguish the fire quickly. Firefighters from Clarendon Hills, Oak Brook, Pleasantview, La Grange, Westmont and Western Springs also responded to the call. Damage was estimated at $20,000. (Jim Slonoff photos) 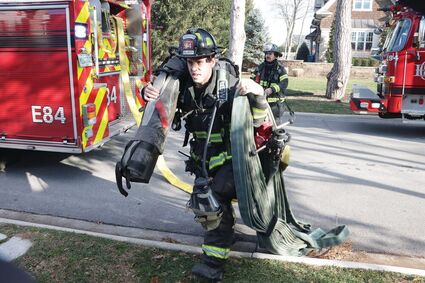