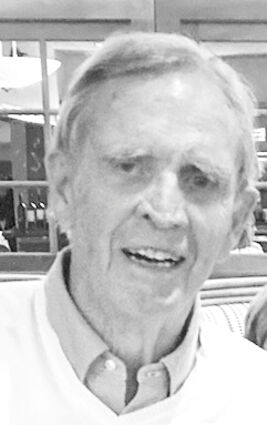 Gordon was born in 1925, in Columbia, S.C. He was a graduate of Middlesex School, Concord Mass., and attended Dartmouth College in the V12 program during World War II. He loved telling the story of how he was the center (playing 59 minutes) on the 1944 Dartmouth football team that was defeated by Notre Dame 64-0 in Fenway Park. He graduated from Harvard University in 1947 and spent his career in the toy business, beginning as a buyer at Jordan Marsh in Boston and later becoming national sales manager of Playskool Toys, living in Natick, Mass., Norwalk, Conn., and Hinsdale.

An avid golfer, he moved to Florida 23 years ago, following his marriage to Jane, becoming a member of the Tequesta Country Club.

A celebration of life will be held Nov. 21 in Tequesta, Fla.