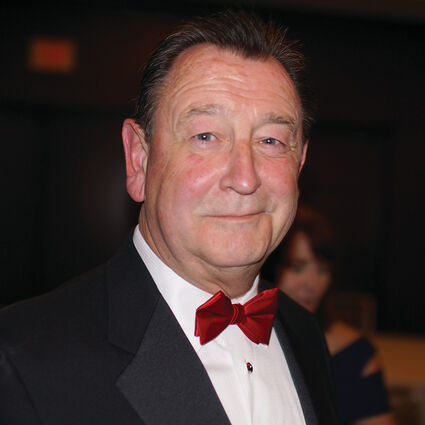 Don Bartecki is part accountant, part entrepreneur and 100 percent advocate for the work of UCP Seguin, a nonprofit agency serving people with disabilities across the Chicago area. For more than 20 years, Bartecki has offered all of these skills, qualities and more to the betterment of UCP Seguin.

UCP Seguin provides life skills training, community-based residential services, employment services and foster care to adults and children in need of care and support. Bartecki and his family, including his late wife Mary, were honored Sept. 23 for their years of work with the dedication of a home in their name.

The newly dedicated Bartecki House is home to four men living with disabilities. Known as an IHOME, the house is part of UCP Seguin's Independent Housing Opportunities through its mentoring and enrichment initiative. The house uses technology that allows the adults to live independently while also being monitored for health and safety.

"It's a beautiful home," said Bartecki, who admits he was hesitant to accept the honor of having it dedicated in his name. "I didn't do it alone," he said.

Bartecki's relationship with UCP Seguin, formerly known as Seguin Services, began as he prepared for retirement. Having sold a company at age 39, Bartecki spent the next decades parenting his sons, coaching their teams and giving his time and resources to Seguin.

Bartecki said the relationship with Seguin was solidified when, after a tour of one of the organization's facilities, his then 10-year-old son commented about how happy the people at Seguin were, despite their struggles and disabilities. Bartecki realized his son was right, and set out to learn more.

"I looked into the organization, and the rest is history, as they say," he said.

In a press release announcing the dedication, Seguin staff said Bartecki served as a major catalyst in the 2013 merger between Seguin Services and United Cerebral Palsy of Greater Chicago. He then brought his entrepreneurial acumen to the agency when it established two businesses to employ people with disabilities. He helped to create the Seguin Auto Center in Cicero and was a strong advocate for Seguin Gardens & Gifts. Both businesses offer employment opportunities to Seguin clients while also raising money for the organization.

Through the years Bartecki has also been a Seguin board member, served on several committees and helped to raise money to renovate the Carr Center in Cicero, which serves as headquarters for UCP Seguin.

The house in Westmont is important both to those who live there and their families, Bartecki said. The residents of Bartecki House have the opportunity to live independently, and their families have peace of mind knowing that their loved ones are supported and have a place to live out their adult years, even after their parents or guardians are gone.

"They will have a home for life," Bartecki said.

Friends and family gathered for the home's dedication, which was followed by a celebration at Ruth Lake Country Club.

With the dedication of the Bartecki House, the Hinsdale resident has left his mark on the organization he's served, but his work isn't finished.

"It's a great organization," said Bartecki, and although he's not exactly sure of the role he will play in the future of UCP Seguin, he plans to be part of it.

"I will still be here, in some way, shape or form," he said.