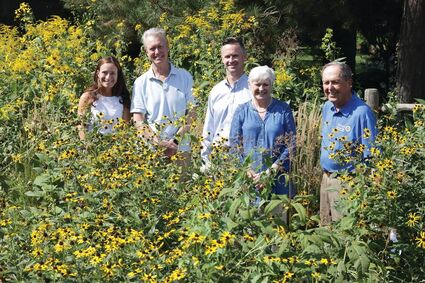 Hinsdale is a friendly, welcoming place, and not just for people.

Through the efforts of the Hinsdale Rotary Club and its many community partners, the village is becoming an increasingly attractive place for monarch butterflies.

Scattered throughout town, in public places and in private gardens, are habitats designed to attract and nurture monarchs and other pollinators, thanks in no small part to the Hinsdale Rotary Club's latest initiative: Operation Pollination.

Hinsdale Rotarian Tom Norton said protecting the environment was recently added to Rotary Club International's growing list of causes, which also includes things like clean water, disease prevention and education support. The Hinsdale Rotary Club joins clubs across North America in the effort to support the monarch population by providing "way stations" for these creatures - places for the butterflies to eat and lay their eggs during their annual commute to and from Mexico.

Norton said he knew little about the important role of monarchs prior to hearing U.S. Forest Ranger Chris Stein speak about the species.

"He opened our eyes to the importance of the monarch," Norton said.

Rotarians learned that monarchs are important pollinators of flowers, fruits and vegetables, but deforestation of their winter roosting grounds and pesticide use pose major threats to the species.

"They're headed for extinction if we don't do something," Norton said.

For the Hinsdale Rotary Club, that something includes the distribution this summer of 850 seed packets. Each packet contained seeds such as goldenrod, sunflowers, violets, brown eyed Susans and milkweed, which is vital to the monarch's life cycle. With the help of organizations like the Ray Graham Association, The Community House, the Hinsdale and Oak Brook public libraries, the Hinsdale Historical Society and the Birches Assisted Living in Clarendon Hills, children taking part in summer programs all over Hinsdale were given the chance to create a monarch haven in their own yards.

"All over Hinsdale there are kids out there planting these pollinator seeds," Norton said.

Norton said Julie Boruff also has been a major contributor to the early success of Operation Pollination.

"She's kind of like the expert in monarchs in the Hinsdale area," Norton said of his fellow District 181 Foundation Board member.

Boruff said she became interested in monarchs more than 10 years ago, when her children were attending Montessori School. 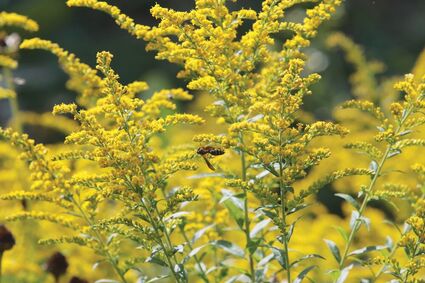 "I kind of just fell in love with the whole thing," said Boruff, who has been raising butterflies, and helping others to do so, ever since. Along with planting her own butterfly garden, Boruff has constructed and distributed butterfly habitats to public spots such as The Community House, the Hinsdale Public Library and the Oak Brook Public Library. The small, enclosed habitats allow people to witness the entire monarch life cycle, from egg to butterfly.

Boruff said participation in Operation Pollination is as simple as planting a few milkweed plants and pollinator flowers.

"You don't need a large garden," said Boruff, whose own pollinator garden is just 10 feet by 2 feet.

Just two months after its inception, Norton said Operation Pollination is off to a strong start. With the support of its partner organizations and the potential for hundreds of new pollinator gardens throughout the village, Norton said he's excited to see more flowers, and more monarchs, in Hinsdale next summer.