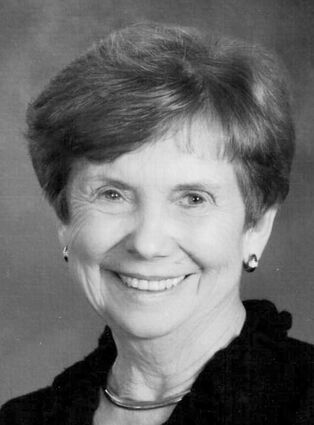 Laura, 85, was born in 1936 to Ann and Paul Santora of Schenectady, N.Y., and attended Draper High School in Schenectady. Upon graduation she pursued a career in nursing, receiving a diploma from Samaritan Hospital in Troy, N.Y., and then her bachelor's of science in nursing at Syracuse University. She was chosen Class Marshall for the College of Nursing Class of 1960.

At Syracuse she met her future husband, Ralph, and they were married on Aug. 27, 1960, after a one-year romance.

The two passions of her life were her family and the pursuit of her nursing career.

Laura and Ralph moved to Washington, D.C., and welcomed two sons while she continued her nursing career at Georgetown University Hospital. When the family moved to the Philadelphia suburbs, she taught nursing at Bryn Mawr Hospital and also earned a master's in nursing from the University of Pennsylvania. The family moved to Chicago in 1983, where Laura joined the nursing faculty of Rush University as an assistant professor. She authored several professional research papers that were published in the Journal of Obstetric, Gynecologic & Neonatal Nursing. For five consecutive years the graduates honored her by selecting her to award them their nursing pins.

As a mother and grandmother, Laura enjoyed dedicating her time and energy to support family interests in education and athletics. She was fortunate to live near several of her grandchildren and enjoyed spending time with them, including cheering for them at their various athletic events. She was a life-long reader, gardener, needlepointer and an exceptional cook. She enjoyed traveling to more than 50 countries and to the family's Nantucket vacation home.

Laura was preceded in death by her parents and her brother, Frank.

She is survived by her husband of 61 years, Ralph; her sons, Richard (Teresa) and Eric (Jennifer); and her grandchildren, Kevin (Lindsay), Kathleen, Nicole, Sarah, Samantha, Parker and Whitley.

A memorial service will be held for family only.

Memorials may be made online to the Alzheimer's Association at https://www.alz.org or to a charity of choice.