Teachers did more than relax over break

Educators in Districts 181, 86, spent their summers on personal, professional endeavors 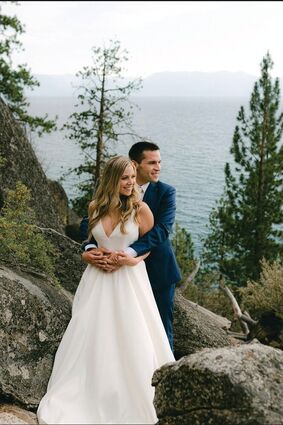 "What I did over summer vacation" is a quintessential essay topic when kids return to school in the fall.

If these teachers were to receive the same assignment, they certainly would earn a high grade.

Teacher Perry Allen returned to her fifth year at Oak School with a new name and an exciting story to tell.

Accompanied by just seven guests, which included the couple's parents and sisters, the wedding was just what she had dreamed of.

She also wanted a venue with views of the mountains and water. After some extensive online research, she found the perfect spot.

"We just fell in love with Lake Tahoe," Penn said.

The childhood friends and 2011 Hinsdale Central graduates exchanged vows at the base of a mountain in Genoa, Nevada, the oldest settlement in the state, according to Penn.

They rented a house on the water, which provided the perfect spot for sunset photos. A nearby mountain caught the photographer's eye, and Penn made the climb in 3-inch heels. But the photos, she said, made the treacherous feat well worth the effort.

The day after their July 1 wedding, the Penns visited Emerald Bay State Park before embarking on a two-day honeymoon.

"We ended the trip by visiting Yosemite," Penn said. That's where they spent the Fourth of July.

"It was the perfect ending to a fabulous trip," she said, and a perfect start to her life as Mrs. Penn.

The final days of Chris Wilbur's summer were spent learning some new tools for his Hinsdale Central High School classroom.

Wilbur teaches social studies at Hinsdale Central. In the final days before school began this year, Wilbur returned to his alma mater to once again learn from Diana Hess at the University of Wisconsin in Madison.

Wilbur was a student of Hess' during his undergraduate years, and the two have kept in touch ever since. When Hess invited him to attend a three-day session of a program she developed to help college professors guide discussions in their classrooms, Wilbur jumped at the opportunity.

"Learn to discuss and discuss to learn" is the motto of the program, which Hess presented during a three-day seminar.

Wilbur was one of two high school teachers in attendance among a field of college professors and teaching assistants from many disciplines. Healthy discussion, Wilbur said, is something that's important across all fields of study, as well as beyond the classroom.

With subjects such as the civil rights movement and politics as part of his government class curriculum, there is plenty of opportunity for discussion in Wilbur's class, and plenty of opportunity for those discussions to become uncomfortable. He and the rest of those in attendance at The Discussion Project learned how to set up a discussion by asking questions that will get students talking and how to set boundaries to keep potentially heated discussions from getting out of hand or shutting down.

In his AP Government class, Wilbur hopes to guide constructive, informative conversations about race and the U.S. Constitution, among other things. He also plans to share his new knowledge with members of the Hinsdale Central Speech Team, which he coaches.

Students who compete in Extemporaneous Speaking require a solid knowledge of current events, and the ability to speak about them with little preparation.

"A lot of our practices are just talking through the news," Wilbur said. The skills gained at The Discussion Project will help his team do that more effectively.

A teacher at Central since 2003, Wilbur has seen his share of professional development exercises. He said this was one of the best.

"It left me feeling energized for the new year," Wilbur said.

Elm special education teacher Asli Weil used her summer break to help her community and to share the profession she loves with the people she loves most.

Weil and her daughters, Taylor, 12 and Madison, 10, spent their summer volunteering with the literacy program at GiGi's Playhouse in Tinley Park. GiGi's Playhouse offers education and support to people with Down Syndrome.

Weil said she attended a fundraiser for GiGi's years ago and has since wanted to do something more to help the organization and those it serves. After so many services were halted due to the pandemic, Weil said she felt the time was right to get involved. 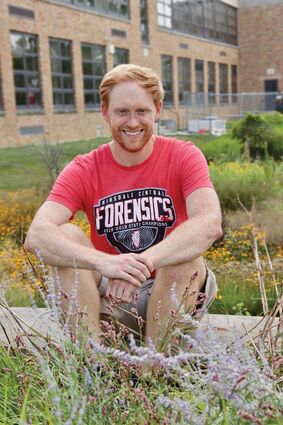 "I thought it was important this summer to give back," she said.

Weil and her daughters spent one hour each week helping adults at GiGi's improve their reading skills. Together they developed their lesson plans and discussed what worked and what needed to change. They took time to talk to every student and then tailored their lessons to each one's interests.

"It was a really neat experience to do that with my children," said Weil, who has been a special education teacher for 18 years. She said her beloved uncle, who has Down Syndrome, was and remains her inspiration for teaching.

Weil said her experience at GiGi's was a reminder of the impact that her work can have every day. It also gave her daughters a glimpse into her world and a taste of what it's like to give your time and talent for the good of someone else.

"It was a really positive experience," Weil said.