BAMtheatre preparing to put on the popular show for local audiences 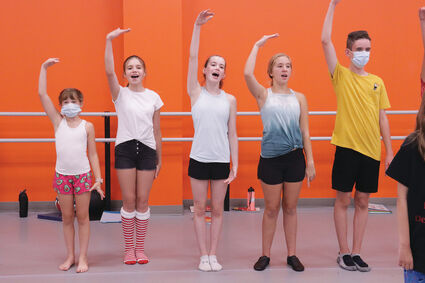 "We're all in this together!" cast members belt out in the catchy "High School Musical Jr." theme song.

The lyric takes on new meaning in light of the last 18 months as Hinsdale's BAMtheatre's Youth Theatre Mainstage brings Disney Channel's hit movie musical to life in the troupe's return to in-person shows next weekend.

It's the first day after winter break at East High. The Jocks, Brainiacs, Thespians and Skater Dudes all find their cliques. Basketball team captain and resident jock, Troy, discovers that the brainy Gabriella, a girl he met singing karaoke on his ski trip, has just enrolled at East High.

The couple cause an upheaval when they decide to audition for the high school musical. Although many students resent the threat posed to the "status quo," Troy and Gabriella's alliance might just open the door for others to shine as well.

Hinsdale's Jocelyn Jeka, a rising freshman, plays Zeke, whom she describes as a basketball-loving but shy character who also loves to bake.

"It's a really fun show, and everyone in the cast is just really nice and fun to hang out with," said the BAMtheatre veteran.

Jeka acknowledged the up-tempo choreography has tested her skills.

"The dancing is hard to memorize, but it's easier once you catch on to it," she said.

"I would say he's sort of like a brain-dead jock," Schmitz remarked, noting Chad undergoes an evolution in his thinking. "By the end of the movie, he understands that people should be able to do other things."

Schmitz suggested he can relate to his character as he has a lot of friends into sports but not theater. Performing for others has always been in his DNA.

"I really like acting. I used to do little skits for my family," he said, "I like entertaining people,"

Like Jeka, Schmitz said the choreography has taken him outside his comfort zone.

Eighth-grader Katelyn Kieninger of Hinsdale said she had to get up to speed on the routines after returning from family vacation. She plays Sharpay, who rarely misses a step.

"Sharpay is very much the drama queen. She's kind of like the queen of the school, and she's the president of the drama club," Kieninger said. "Her main goal in the show is to make sure that she gets the lead in the musical.

"She's very driven in the show, which is fun for me because it's something new for me, and I like playing new

"I'm just really glad to be doing it on stage again - not virtual - and without a mask," she said.

Melanie Lamoureux, BAMtheatre's founder and artistic director, said the pandemic has been both challenging and stimulating

"We've survived, but it's been a lot of work navigating all the curve balls," she said. "It also allowed a lot of space to think creatively and to innovate in different kinds of ways."

Kieninger said her experience with the program has been extremely positive. 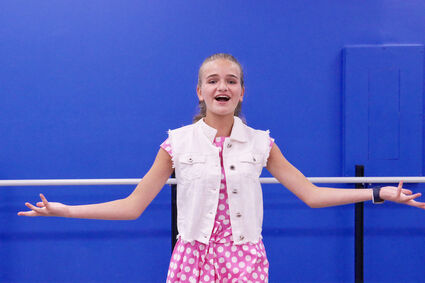 "Everyone here is so nice, and the productions are amazing, and they make everyone feel so special," she said. "No matter what part you have in the show, you really feel like you're putting your work toward something."

The show is directed by Claire Drews, with music direction by Peter Bromann and choreography by Laura Savage.

Tickets are $23 to $26 and available online at https://www.bamtheatre.com.

Kieninger encouraged people to check it out.

"I think they'll love the energy and the excitement on stage," she said. "Everyone's kind of full-on energy for our first (post-COVID) time back."