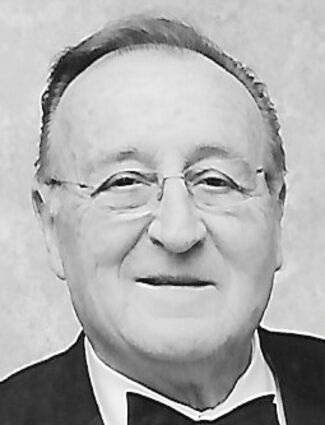 Dr. Jaroslav Fencl, 85, peacefully passed at his Willowbrook home on July 21, 2021, with his wife and daughter at his side.

Dr. Fencl was a well-respected physician in the Downers Grove family practice that he started on his own in 1971. His personal integrity, empathy, compassion and love of medicine were obvious to those he cared for. His practice became highly regarded in the community and grew to include partners; together they were among the founding physicians of DuPage Medical Group. He was a member of the medical staff at Hinsdale Hospital and at Good Samaritan Hospital when it opened. He was a man of great character, proud of his family, and he enjoyed every day of his life.

Jerry was born in 1936 in Darova, Czechoslovakia, to Jaroslav Fencl and Ruzena Berankova. He received his doctor of medicine degree from Charles University in Prague. In 1957, he married his childhood sweetheart, Milena. In 1968 they, along with their daughter Milena, came with one suitcase to the United States to make a better life for their family. They made Willowbrook their home for 50 years.

Jerry enjoyed growing vegetables in his garden, playing tennis, riding his bike and most of all spending time with his grandchildren, Bobby and Vicky. His love of the mountains and of skiing brought him to Steamboat Springs, Colo., which became a special destination for the entire family. Jerry always had a great desire to see the world, and through his and Mili's extensive travels, they did, most recently on cruise ships. His lifetime wish to visit Easter Island was fulfilled. Besides their home, Jerry and Mili's most treasured place was at Sureshot Lake in Wisconsin. There, along with loving to fish, chop wood and cook on an open fire, Jerry found rest and solitude from his busy and demanding profession.

Dr. Fencl retired in 2004 and continued to enjoy life to its fullest. His legacy remains with the patients he served and with his family and friends who will always love and remember him.

He is survived by his wife of 64 years, Milena; his daughter, Milena (George) Kysela; his grandchildren, Robert (Tsveta) Kysela and Victoria (Kenneth) Mensch; his great-granddaughters, Brooklyn, Maya and Brielle; his sister, Vera Faitova; his niece, Ivana; and his nephew, Jaroslav.

Memorials may be made to Northwoods Wildlife Center, 8683 Blumenstein Rd. Minocqua, WI 54548 or online at https://[email protected].