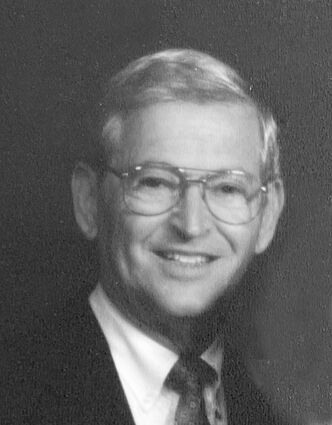 Castle William Jordan, 96, formerly of Hinsdale, passed away May 21, 2021 at Freedom Village in Bradenton, Fla.

He was born in Oak Park in 1924 and moved to Hinsdale not long afterward.

He met Jean Pringle at Hinsdale Junior High School when they were 11, and they both graduated from Hinsdale High School in 1942. They were married in La Jolla, Calif., in January of 1945, a week before he, being in the Navy at that time, shipped out for the Pacific Theater of World War II. He was on a ship on kamikaze patrol in a convoy and near and on Okinawa and mainland Japan briefly immediately following the official end of the Pacific War. He was awarded various military ribbons and medals.

Castle was a man of tremendous energy and drive with many abilities and talents who lived a very full and long life. While in high school and at La Grange Junior College, he was a star athlete, including being a state champion pole vaulter. Exercise and sports were a lifelong habit. In his 70s, he ran in 10K races along with members of three generations of his descendants and biked long distances in his 80s, continuing to stay fit into his 90s.

After World War II he returned to Hinsdale and attended The John Marshall Law School in Chicago on the GI Bill, while also working to support his growing family. He graduated in 1951 with honors.

After six years of practicing law in Chicago as a public defender and in private practice and also serving on the Board of Governors for Community Memorial Hospital in La Grange, he accepted a position in Miami, Fla., as general counsel for Ryder Systems Inc. He became president of Ryder in 1964 and served in that capacity until 1967, when he became president and CEO of Aegis Corp. until 1984. During that time he also served on the Public Health Trust of Dade County from 1980-89 (chair from 1987-89), the Listed Companies Advisory Committee of the American Stock Exchange, several bank boards, and the Florida and Regional Federal Reserve Boards.

After leaving Aegis Corp. he had his own business, Castle Equipment Co., in the oil and gas field in Little Rock, Ark.

After retirement he and Jean lived in Vero Beach, Fla.; Horseshoe Bay, Texas; and Bradenton, Fla. They traveled a great deal, starting in their 40s and continuing to do so well into their 80s.

He was preceded in death by his wife of almost 70 years, Jean Pringle Jordan, in 2014; and his siblings, William R. Jordan Jr., Barbara Jordan Clark and Carolyn Jordan Doering.

Interment was June 4 at Bronswood Cemetery in Oak Brook.