Time on the course good for body, soul

Despite occasional frustrations of the game, golfers find peace, enjoyment on the course 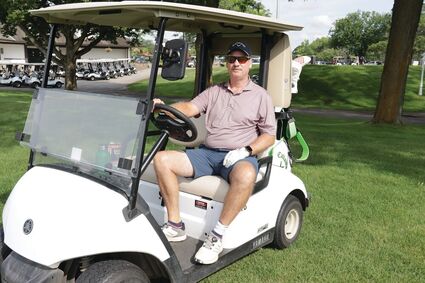 Rain or shine, cold snap or heatwave, Ron Christoph arrives at Cog Hill in Lemont every morning to play the game he's loved since high school.

Golf is to Ron Christoph as the mail is to the U.S. Postal Service. No matter the weather or the time of year, Christoph likely can be found on a golf course.

A member at Cog Hill in Lemont, Christoph plays every day, often switching things up between the club's four courses. With two of the four open year-round, Christoph's clubs rarely get a chance to rest.

Growing up in Texas, Christoph started playing golf in high school. Decades later, the game still presents a challenge for the former stay-at-home dad, whose empty nest leaves him plenty of time to perfect his game.

Practice is important, but like many golfers, Christoph's game is driven in part by superstitions. His bag includes a stuffed animal that gets a pat every time he uses a particular driver, and if another player gets a birdie, he always lets him go first.

No matter how well he plays or how closely he follows his golfing rituals, Christoph said there's a certain amount of luck involved in every game of golf.

"Some days are good, some days are bad," Christoph said, but even the worst day of golf is a day spent outside doing what he loves.

A game that's good for the soul

Like Christoph, Heather Blanck was a teen-ager when she hit her first golf ball. At 50, she still enjoys her time on the links.

Introduced to the game by her father, Blanck said she wasn't a fan right away.

"It was very frustrating," she said. And while the game still can test her nerves at times, Blanck said she tries to remind herself that any drive, chip or putt isn't going to change her life.

Golf took a back seat while Blanck's children were small, but when her son entered preschool, Blanck started playing every Wednesday morning with the St. Isaac Jogues league. That was 17 years ago.

Her weekly outings have become as much about spending time with friends as they are about getting the ball where it needs to go. 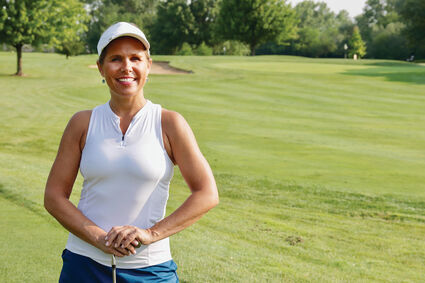 Heather Blanck poses near the sixth hole at Twin Lakes, where she had a hole in one severl years ago. Good friends and time outdoors are among the things that beckon her back to the golf course every Wednesday morning. (Jim Slonoff photos)

"We talk about kids, marriage. It's good for the soul," said Blanck, who also enjoys golfing with her husband.

"We golfed on our honeymoon. It's a thing for us," she said, and something that the couple hopes to enjoy well past retirement.

In 17 years, Blanck has played the Twin Lakes course in Westmont hundreds of times. Yet one round will always stand out in her memory. In July 2011, Blanck's drive on the sixth hole went straight into the cup.

"I was one of the lucky ones," said Blanck, who added that she thinks of the once-in-a-lifetime shot every time she approaches the sixth tee.

Blanck said she doesn't consider herself extremely talented, but she's not out to capture any championships. She golfs because she likes the escape it offers from the rest of life.

"It takes away the distractions," Blanck said.