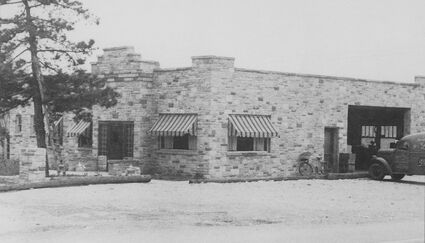 Cheers! - It wasn't that long ago where the only place you could be served a drink with your meal was at the Cypress on Ogden Avenue and County Line Road. According to Sandy Williams' book "Images of America - Hinsdale," the Cypress Inn was established in the 1940s on Ogden, just outside of the village limits, where liquor sales were permitted. "The business began as a beer distributorship and grew to include a bar and restaurant. Shown here about 1950, the restaurant expanded under various owners to become an area fine-dining option. Closed in 1996, the site is now occupied by Whole Foods."