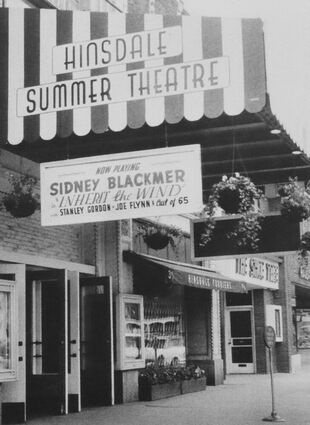 Summer theater - According to Sandy Williams' book, "Images of America - Hinsdale," "Hollywood came to Hinsdale from 1951 to 1962 when the Hinsdale Theatre presented summer stock performances. The plays were produced by Sidney Blackmer, a well-known actor who called upon stars such as Charlton Heston, Debbie Reynolds and Vincent Price to headline the shows. The stars enjoyed Hinsdale hospitality, staying in the homes of residents during the short runs, at times bringing their families."