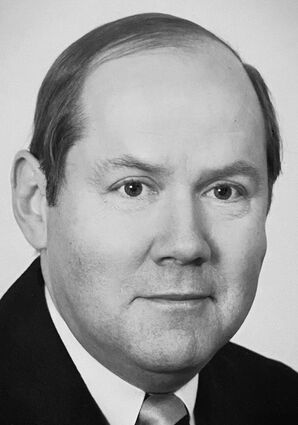 W.B. Martin Gross, 84, a lifelong resident of Hinsdale, passed away peacefully on May 12, 2021, surrounded by his family.

Martin was born to Fay Martin Gross and Lawrence Morell Gross of Hinsdale in 1936. After graduating from Hinsdale Township High School, Martin received a bachelor's degree cum laude from Amherst College in 1958 and a legum baccalaureus degree from Harvard Law School in 1961. Following graduation from law school, Martin joined the firm of Martin, Craig, Chester & Sonnenschein in 1961 and became a partner in 1968. During his career as an attorney, Martin served as counsel and as a director of numerous corporations and public philanthropic organizations as well as representing and helping many people from his community. Martin also served as special counsel to U.S. Vice President Hubert Humphrey from 1967-69 and as a special assistant attorney general in Illinois from 1968-69.

In addition to the practice of law, Martin owned and served as president and chairman of Federated Group, a company founded in 1927 and based in Arlington Heights that specializes in the development, ownership and management of private brand grocery products sold throughout the United States and internationally. Martin acquired Federated Group in 1990, which now boasts more than 100 employees, and was instrumental in guiding and developing the company through significant stages of strategic growth and diversification for the last 30 years.

Martin was also very involved during his lifetime with the community and many philanthropic organizations. He served as a trustee and president of the Village of Hinsdale, chairman of the Anti-Cruelty Society of Chicago, village attorney for LaGrange Park, trustee and chairman of King-Bruwaert House, member and president of Community Consolidated Elementary District 181 in Hinsdale and as chairman of the West Suburban Transit District. He was a lifelong active member of the Union Church of Hinsdale.

Martin is survived by his wife, Lavina S. Gross; his daughter, Allison Gross; his son, Jeffery Gross; his stepson, Christian Dill; and his step-grandsons, Evan, Aiden, Emmett and Gavin.

A memorial service for family, friends and colleagues will be held at 11 a.m. Friday, May 21, at the Union Church of Hinsdale, 137 S. Garfield Ave.

In lieu of flowers, memorials may be made online to The Anti-Cruelty Society at https://www.anticruelty.org or King-Bruwaert House at https://www.kingbruwaert.org.