After a virtual '20 edition, restauratuers are excited for an in-person event this year 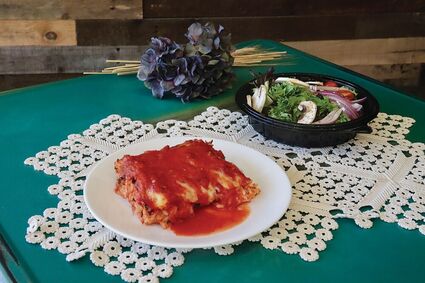 Hinsdale restaurants have just the thing for you.

Fourteen establishments are participating in Hinsdale Restaurant Week, which starts tomorrow, Friday, May 14, and runs through Sunday, May 23. They will offer indoor dining, outdoor dining (space and weather permitting) and, for folks who still prefer to eat at home, carryout.

Restaurants were shut down not long after the traditional Hinsdale Restaurant Week in March 2020, said Dan Grisko, owner of Direct Advantage, who is handling marketing for the event. A second restaurant week offered in May 2020 was virtual.

"Thus far the response has been really, really good," Grisko said. "The beauty is, again, for anybody who wants to take advantage, it's breakfast, lunch and dinner. There has been an increase in carryout options this year, which is good.

"The outdoor seating in general has added such a new facet to dining in Hinsdale. We think that's really going to be a big plus for this year, with the additional seating everyone has," he added.

Last May, even though the dining room was closed, Nabuki was doing a great take-out business, owner Peter Burdi said. This year, the restaurant has extra space thanks to an addition on the east side.

"It's exciting to finally get people inside our restaurant," Burdi said. "The great thing is for summertime, the village has agreed to let us continue on with our outdoor dining with the tents and closure of the streets. I think it's going to be great."

"That is a very nice roll - probably our No. 1 seller," Burdi said.

"It's just so fresh and it's got a really nice grilled taste to it," he said. "I love the yakitoris."

He's also a fan of the cacio e pepe pasta on the four-course dinner menu at Il Poggiolo, his other restaurant, which is just down the street.

"It's one of my favorite dishes," he said of the Roman specialty. "It's made with the pecorino cheese and the pepper. It's really simple but is super tasty."

Italian fare is also on the menu at Altamura Pizza, where a new dish, pizza risotto, is being featured during Restaurant Week.

The baked dish, which patrons can finish off at home in their oven, features all the great taste of a pizza with a twist, said co-owner Carmela St. John.

"We decided to create this pizza risotto because who doesn't like risotto? It's cheesy and delicious," St. John said. "It's just to create something new and different."

The risotto is topped with made-from-scratch pizza sauce featuring imported olive oil and whole tomatoes, then smothered in provolone and Parmesan cheese.

Other items St. John has added to the menu in recent months include meatballs, cheese tortellini and a baked gluten-free pasta dish.

Altamura is also offering a buy one, get one free special on its mia (small) pizzas, all of which are made with quality ingredients, many imported from Italy. Gluten-free crusts are an option for those who are sensitive.

Because they use the best ingredients, people can indulge in a pizza without the after-effects, St. John noted.

"I think people are starting to get the fact that you can have delicious pizza and not feel sick," she said.

Hinsdale resident and chef Paul Virant is also looking forward to restaurant week at Vistro Prime, which re-opened with its new steakhouse focus in mid-March. He's gotten good response from diners and is ready to see bigger crowds during Restaurant Week.

"I think it's good timing because we've had five, six weeks to kind of get ourselves organized and get up to speed," Virant said. "It's coinciding with patio season, so I think it's all going to be a little busier and I think we're ready for it."

"The Spanish refer to that cut as the 'secreto.' It's the secret muscle between the tenderloin and the flank steak. It's really awesome," Virant said. 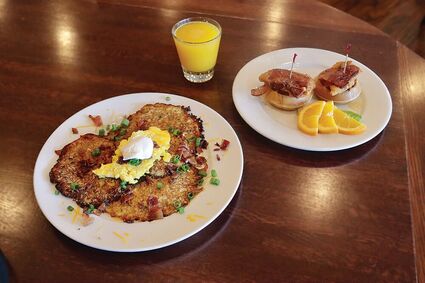 After enjoying a salad of their choice, diners can order the steak with one enhancement - such as a Bordelaise or Béarnaise sauce - and one side. Dessert choices include bread pudding, crème brûlée, chocolate cake and carrot cake.

He said he's enjoyed all the positive feedback from guests.

"A lot of people have been really excited that Hinsdale finally has a steakhouse," he said. "People are into it."

Grisko said all the changes taking place in Hinsdale restaurants scene, including Guiliano's remodeled dining room and Yia Yia's plans to obtain a liquor license, are exciting. And Hinsdale residents have continued to show their support, for which restauranteurs are grateful.

"All of them made a point to say, 'It's been amazing the support that we have,' " Grisko said.

These Hinsdale restaurants will offer the following specials during restaurant week. All prices are per person unless otherwise indicated.

Lunch combo special: half panini and salad, soup or chips

Five-course dinner (above plus yakitori), $44

Apple cider doughnuts, half off