Volunteering a second career for Hofmann 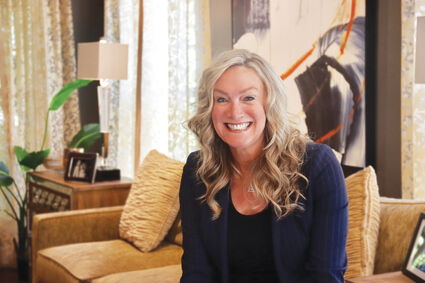 When Cathy Coyne Hofmann discovered that Southern Illinois University offered a degree in communications, she knew she had found a path for her education and a channel for her love of language.

A chatty child, Hofmann said her report cards often included comments about her tendency to talk in class. But as an adult, she found a way to turn her gift of gab and endless energy into a successful career and a resource for her community.

Now retired from her role in marketing and public relations at Marshall Field's, Hofmann puts her decades of experience and knowledge to work for nonprofit organizations.

"I just jumped into volunteering," said Hofmann, who over the years has given her time and talent to many organizations, including The Community House, St. Isaac Jogues Church, Wounded Heroes and USO Chicago, among others. Over the last decade, much of her time and energy has gone to the good of Misericordia Home in Chicago

"I just fell in love with Sister Rosemary Connelly," Hofmann said of Misericordia's executive director. Shortly after meeting Sister Connelly, Hofmann committed herself to supporting Misericordia's efforts to provide care and support for children and adults who have intellectual and developmental disabilities. As a member of Misericordia's Women's League, Hofmann has organized fundraisers big and small, from shopping days to the organization's annual "Heart of Gold" fundraising event.

Hofmann said she's always looking for a new challenge, and the last year has presented plenty as groups like the Women's League find ways to raise money from a safe distance. Plans are now in the works for the year ahead, and Hofmann is hopeful those plans will include a return to face-to-face events.

Hofmann said Misericordia is more than a place for people to live. Every person who lives there has talents, abilities and interests that are put to use for the betterment of all. Some use their time and talent in Misericordia's Hearts and Flour Bakery.

"You will never find a better brownie," Hofmann said. Along with her favorite chocolate confection, Hearts and Flour creates cookies, cakes and pastries, many of which can be shipped anywhere in the contiguous United States. Every treat is mixed, baked and packaged by people who call Misericordia home.

"It's a community," Hofmann said.

Hofmann said her decision to become a part of that community was a simple one, driven by a simple belief.

"It's the Christian thing to do," Hofmann said.

She also loves the community of Hinsdale, which she has called home for 23 years. Hofmann said she enjoys walking through town, stopping to chat with friends and to enjoy a Mediterranean salad and iced tea at Toni Patisserie & Cafe.

"I have incredible friends," she said. "I've built my life here."