Competition is heating up for Devils 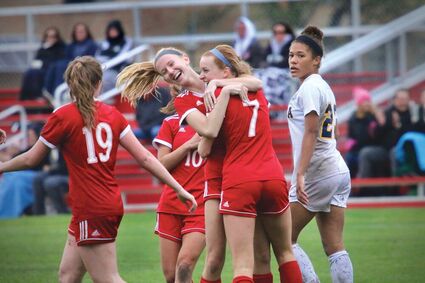 After losing the 2020 season to the coronavirus pandemic, the boys volleyball and girls soccer teams are excited to be back in competition. Wrestlers, who were able to compete last year, have had to wait a little longer for their 2020-21 season. The spot was moved from winter to the new "summer" season. (file photos)

After missing out on an entire season last year due to the COVID-19 pandemic, the Hinsdale Central girls soccer and boys volleyball teams are working to get this year's seniors - and underclassmen - up to speed. Meanwhile the wrestling team, which was able to complete its season last year and sent two individuals to state, is competing at a completely different time of year and working through changes in wrestlers' weight classes.

The teams' coaches offer a look at the athletes and the season as a whole in this, the final article in a three-part series. The other seven summer sports were previewed in the April 22 and 29 issues.

Strengths: Grit is the word that keeps being used by them and the coaching staff. They are just very gritty - gritty and probably united.

Challenges: Lack of varsity playing experience and I guess that we're kind of young. We have two freshmen who get a lot of playing time, two sophomores who start pretty much every single game and only three seniors who are always playing.

Who to watch: All of them are really fun to watch and they are all emerging in a lot of ways and developing together. It's not a one-woman show, that's for sure.

Furthermore: The four seniors who lost their season last year, the way they've been leading the team is just really impressive. They are nothing but encouraging to our younger athletes. Lauren Olererchik, Emma Elliott, Francesca Schiavitti and Grace Clopton - between the four of them, they are really good kids and really, really inspiring to be around. Really great teammates.

Strengths: Overall, I'm really excited about this team. We have five seniors. Our pin hitters are very, very strong overall. I think in every position we're pretty strong. We have three middles that are really good, very dynamic. Our back row defense is definitely very strong. We have three of the strongest liberos in the area. Our two seniors have been on varsity since their sophomore year, AJ Hood and Sam Schneider. Two really strong leaders and they are also captains, too. They know what I expect and they do a really good job of leading the team through some of the challenges we've been having.

Challenges: Our biggest challenge - and it probably is for most teams - is the fact that we didn't have a season last year. Last year was going to be a rebuilding season because we graduated so many the year before that. We need to make sure that every player that is new to the team gets on the same page. I think we're getting there. I feel like everything that comes up in a match, we pull out. Usually our team bounces back the next time we have a match and does a lot better. They've been pretty dynamic with being able to do better from their challenges.

Who to watch: AJ Hood is our 6th rotation right side or outside hitter and Sam Schneider is our 5-1 (offensive) 6th rotation setter. Our three liberos - our senior, Matt Schwab, our junior, which is Aiden Bonino, and our sophomore, who is Nick Kujalowicz, who is our starting libero currently. Jakobi Lange, hes another one of our 6th rotation outside hitters. He's actually a sophomore. He plays at a very high level for his age. One of our middles, Ethan Du, he's also a sophomore. The three of those sophomores play club together. That's kind of nice because they already have that connection. Cullen Bradley, he's a senior middle blocker. He's also very spunky. You could put him anywhere. Very coachable kid as well.

Outlook: Honestly, from scouting other teams, this week is going to be a pretty rough week for us. I feel like every match we've had this season has gotten more difficult than the previous match. We are definitely going to be right there at the top. It's whether we push through the hard times with matches and evolve if the changes occur. The top teams are Glenbard West and Downers Grove South, which we are playing this week. We're 4-0 on the season and we really showed grit through the two matches we played last week, the York match and the LT match. We won both those matches in three sets. This week is definitely going to show us how well we are going to do this season.

Furthermore: This team, I just feel like they are good friends off the court, which is a nice thing for a team to be gelling well. Something our captains do a really good job of is making sure everyone is included.

No. team members: 14 on varsity

Strengths: There's a good group of seniors. We have good senior leadership. We have good lightweights, middleweights and some at the top. We have a lot of good student-athletes. They want to better themselves as humans. They have high goals past wrestling, past sports. I wish they could have competed for a regional championship, but it is what it is.

Challenges: I think it was going to be one of our toughest teams from top to bottom, from 106 to heavyweight. Due to the pandemic, guys are going different weights. That's a challenge for some of the guys. Every year we always talk about getting guys to the state championship or on the podium. There is no state championship or podium this year. Motivating the guys from a different angle is a challenge. Also just getting guys to come out again. There are five other sports going on right now - baseball, track, wrestling, rugby, volleyball. They have to pick from those sports. Our numbers have dropped a little. Usually we have around 60 to 70. This year we have 40 to 45 kids. Every program in the state and every team we're wrestling is dealing with the same issues. Logistics - like actually getting your team to another school as far as buses and weigh-ins - that's been a lot of work. I really feel for our administrators this year. Hat's off to them. They are getting tugged every which way. There are so many unknowns and you are constantly making changes. I think it's also making stronger people, stronger human beings. 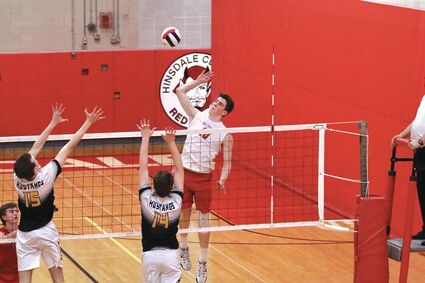 Outlook: I think it will be up and down with people at different weights. Our motto this year is just go out and compete hard and have fun. I think we'll be competing with all of (our conference opponents) at a high level.

Furthermore: I am just blessed that the kids get an opportunity to wrestle and compete. There was a time when we didn't think there was going to be a wrestling season. I'm extremely happy for this senior group. Our staff has been working with (some of them) for 12 years. We're also trying to change something up. We're trying to have a wrestling meet outside on the football field to get more fans. It's something for the seniors to finish off on a positive note. The kids are working hard. I'm truly blessed to be able to teach and coach here.