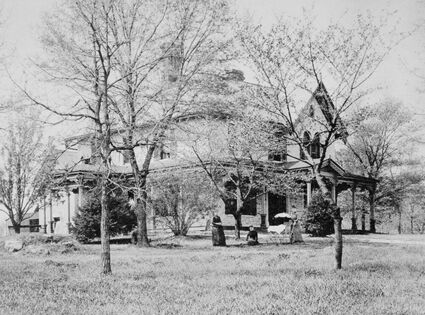 Founding matters - William Robbins, generally regarded as the father of Hinsdale, purchased land from Chicago Avenue to 55th and Madison Street to County Line Road in 1862 for $9,000. "To be near his new venture, Robbins temporarily moved his family to Fullersburg," Sandy Williams writes in "Images of America - Hinsdale." "From here, he had direct supervision of Hinsdale's formation, from the street layout and grading to the tree planting and construction of his own estate. In 1863-64, on property near the grove on the county line, Robbins built the home he named "Woodside," shown here. The house still stands, altered by additions, at 425 E. Sixth St."