Summer starts in spring this year

No matter the season designation, Central teams relish opportunity to return to play 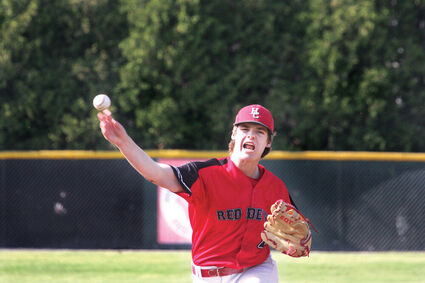 The Hinsdale Central baseball and softball teams along with the boys tennis squad are looking forward to a full season of competition this year after the disappointing cancellation of the 2020 schedule due to COVID-19. (file photos)

The Hinsdale Central baseball, softball and boys tennis teams are thrilled to playing again in 2021 after a lost 2020 season due to COVID-19. The programs' coaches offer their thoughts on their squads and the prospects for their "summer" campaigns.

Strengths: Beyond the fact that it's nice to be back on the field, we are blessed with a lot of young talent and a lot of hungry seniors. They're really enthusiastic and just paying attention to detail. They're highly coachable and eager to work. They've been playing with their travel teams, but playing in the HC jersey means something. We've been hitting the ball really well and have been able to put some really good at-bats together. We're running the bases well, really aggressively. For pitching, we have some good arms.

Areas for growth: Pitching-wise, we're kind of growing and finding our command. If they can command the ball and we can field it well, it'll be a good combination. Our younger players are going to be put positions that they haven't been in before.

Who to watch: Junior pitcher Luke Adams is probably the most noteworthy since he's committed to play at Michigan State. He's one of the better hitters in the area. Senior catcher Brian Daken is a leader and just a hard-nosed kid. Junior captain Blake Edmonds - we have not had a junior voted as team captain before - does the little things and is a grinder and a competitor, just a real delight to coach. Also senior pitcher Ben Oosterbaan.

Outlook: We have the talent to be able to compete at the top of the conference for sure. Winning conference is certainly our goal, along with being able to win a regional championship.

Strengths: We have a good mix of freshmen through seniors. The seniors, having missed their junior year, are more than ready to play and they want to help the underclassmen and really be team leaders.

Who to watch: Senior center fielder Lainey Harvey is a key hitter in the lineup. She's our leader, and she's the first one to speak up when something isn't right. Senior pitcher/first baseman Reese Racila has been a huge contributor for us. Senior pitcher Mary Grant has been part of the program all four years. She's a strong hitter in the lineup, understands the game and is helping us on both (offense and defense).

Outlook: I'm not going to say I want to finish .500 or something like that. I really think it's going to come down to playing through a pandemic and really getting past those mental fears. I want to see them grow individually and as a team. From a coaching perspective, I'm very excited for this team. We have a lot of respect for the legacy of Hinsdale Central, and they're going to live up to it.

Strengths: Our depth. We lost defending state singles champion Danny Schmelka for the season to injury, and I think we still have a chance to win state.

Challenges: We have to figure out who's slotted in our first and second singles spots and first and second doubles. We're limited as to who we can play (due to COVID restrictions). We can play just our conference schools, so that puts us at a little bit of a competitive disadvantage. We constantly seek the best competition within 800 miles in Wisconsin and Tennessee. Instead, we have to turn our practice into a battle and hope that at the end of the year in June we're ready to go against teams who have played better competition. 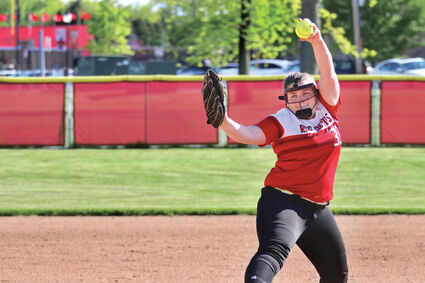 Who to watch: Singles captain senior Ansh Shah has been with us four years and made it to state every year. He's the soul of the team, an incredible player and even better human being. He's going to play for Case Western Reserve University. Junior Noah Hernandez won the state doubles title as a freshman, and he's better than ever. He's a nationally ranked talent and going to go to a DI school. Junior Mujtaba Ali-Khan placed third in doubles at state as a freshman. He has gifted hands, a fast twitch and has just improved so much over the last two years. He's incredibly gentle kid but a tiger on the court.

Outlook: We're committed to winning the state championship. That's our only goal, and the core of our team have all played a lot of state matches. They've persevered and want to continue the Central tradition with a 10th state title since 2007.