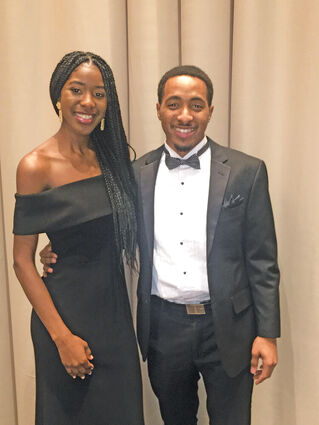 Jeffery Demetrius and Agurann Hamilton Bates of Hinsdale have announced the engagement of their daughter, Paris Monique, to Joseph Jamerson McGhee, son of Ray McGhee Sr. and the late Myrtise Fay Allen-McGhee of Chicago.

The bride-to-be is a 2011 graduate of Hinsdale Central High School. She received a bachelor's of degree in biology at Howard University in 2015 and a master of public health degree in epidemiology from the University of Illinois at Chicago School of Public Health in 2020. She is employed as an epidemiologist/data analyst for Near North Health Service Corp.

Her fiancé, a 2011 graduate of De La Salle Institute, received a bachelor's degree in television production from Columbia College Chicago in 2016. He is employed as an entertainment coordinator for the Chicago Bulls.

The couple is planning a June wedding.