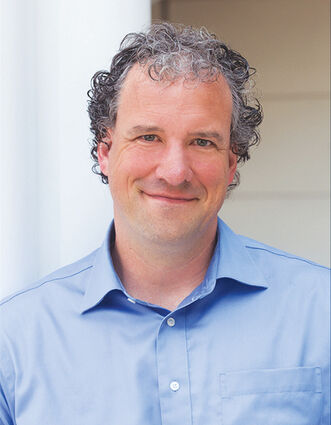 Psychologist Nicholas Epley said when we employ the "useful tool" of asking, we can have genuine exchanges. "And hopefully that means learning lots of things we didn't know before." (photo provided)

How can we better understand each other?

"We mostly use ourselves as a guide to others. The only mind we have direct access to is our own," he said. "Naturally it's easy to use that as a lens for other people, and that's a key source of our mistaken judgments."

Epley, author of "Mindwise: A Guide to Understanding the Minds of Others," will give a talk April 20 as part of the Community Speaker Series sponsored by Districts 181 and 86 (see Page 28 for details).

He said he felt compelled to explore the topic.

"I felt there was an awful lot of research that was known about how we misunderstand each other in important ways," he related. "It's hard to tell when you're wrong."

People's faith in their mind-reading skills outstrips their actual precision, according to Epley's analysis. And that includes spouses.

"As couples are together for longer, their confidence in their judgment rises. But confidence rises more steeply than accuracy does," he reported.

In a study with a broader scope, people across the political spectrum were asked to report their positions on various issues.

"The actual political divide on the policy issues was quite small," Epley reported. "People overestimated the gap between parties' beliefs."

"That's the thing that's most disconcerting," he said of partisan polarization. "It's fueled and inflamed by chronic misunderstandings and chronic misperceptions about how extreme the other side is."

Electronic communication and social media have altered the landscape, Epley asserted, by replacing traditional vocal exchanges with a series of monologues.

"It can do so at the cost of the fidelity of that interaction," he said. "It's really the voice that communicates a lot of information about the person's mind against the actual language they're using.

"It's easy to jump to a conclusion and make an inference in these cases. You don't know how much different the person may have sounded that would have allowed you to get more information."

In the end, Epley said, the key is to stop relying on one's own purported sixth sense of telepathy.

"I think the big insight from the research is not so much about other people, but it's about ourselves," he said. "You need a little more humility about your inferential abilities."

"The only thing that I've even found that makes people better (at understanding) is actually listening to what the other person has to say," he stressed. "It's learning to be a good questioner - or just being a questioner at all."

Authentic interactions can even enhance our well-being, Epley commented, referencing a study conducted among train commuters.

"People thought they would be happier on their commute if they kept to themselves," he said. "They were actually significantly happier when they talked with a stranger."

"When you have constructive conversations, people underestimate how positively people will respond to those kind of conversations," Epley said.