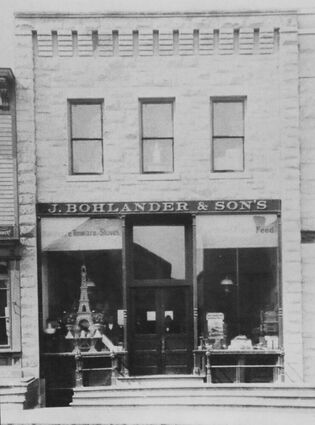 Pre-Home Depot - In Sandy Williams' book, "Images of America - Hinsdale," she mentions the building which is still standing at 42 S. Washington St., which was built in 1894. "One of the area's first merchants, John Bohlander opened a grocery and tavern in Fullersburg before moving to Hinsdale in 1871. Here, he operated a general store at 42 S. Washington before his business turned to hardware in 1877. Shown is Bohlander's second building at this address, constructed in 1894 of Joliet limestone. The business eventually changed hands, but hardware was sold in this building for over 100 years."