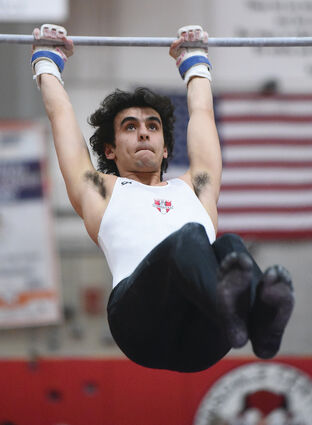 Central teams competing this spring season include boys gymnastics as well as boys soccer and girls volleyball, which were relocated from the fall due to COVID-19. (file photos)

Thanks to the pandemic, the spring sports season has gotten a temporary (hopefully) makeover with transplanted stalwart fall programs boys soccer and girls volleyball playing their deferred schedules. Boys gymnastics is also happy to be back in action after being grounded last spring. The teams' coaches offer thoughts on their squads below as competitions begin. The previews of the football and boys and girls water polo teams ran in the March 25 issue.

Team strengths: The boys are working to better themselves, and that's all I can ask out of any one of them. Our attitude is pretty good. They're working in the gym really hard to live up to the legacy of Hinsdale Central gymnastics. If our seniors do their jobs, I think we can do (all right).

Areas for growth: We're going to struggle. We had some kids who left the team this season, so I have some hollow spots that I have to fill. We may split the team to have at least four on events for varsity and move the other kids to the JV so they can compete. Many events won't be covered because we don't have enough kids. I need to see more aggressiveness. I haven't been able to go into a PE class to see if I can recruit kids for the team. We're trying to evaluate individuals to see what they can do and what they're going to do.

Who to watch: Veteran junior Matthew Cihlar is going to be the top dog without a doubt, and he and senior Koby Turrentine will lead the way with their experience. Freshman Mark Cihlar is a fun guy to work with; he does his job and he's getting better. Junior Chris Reyes is strong on pommel horse and floor exercise.

Season outlook: I think that we can salvage the season. I'm hoping that we're going to be very close with York, Downers North and LT. Glenbard West has a lot of boys in their program, so I'm sure they'll have some good ones among them. I'm going to aim our sights that if we can beat Downers, it'll be a heck of a year. I just have to keep positive. I don't believe in perfection; I believe in making mistakes and learning as much as you can because that's how you're going to get better.

Team strengths: We're excited to get an opportunity to play. We've got 11 seniors on varsity, and they've really done a nice job of speaking up during a halftime talk. They're competitive, and our coaching staff is always looking at how do we create the best experience for them in a shortened period of time.

Areas for growth: We're getting to see guys really in a different time of year and a different environment. We still have our core values that we're trying to get the boys to understand, our "Soccer Central" approach to remind them about taking care of their responsibilities in the classroom as well as to the team. The coaching staff is excited to interact with the players and work with them and see how they respond.

Who to watch: All the seniors, in particular senior goalkeeper Ryan Kosick and senior midfielder Ryan Martinath.

Season outlook: We're excited that the seniors have been able to take the field, and hopefully that's something they've been able to enjoy and make the most of. Also the younger players have been able to see what it means to be in those big games and that we continue to move forward as a program. We still emphasize the value that comes with being a student-athlete, that their athletic involvement makes a difference in their development as people beyond soccer and high school.

Team strengths: We have a lot of experience on the court, and I feel like we have quite a bit of depth. 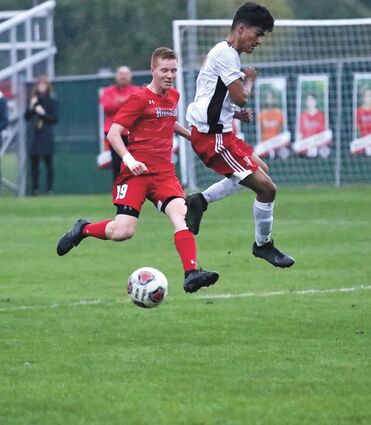 Areas for growth: Consistency and also improving our passing so we can be more effective on offense.

Season outlook: Stay consistent and go undefeated for the rest of the season. We dropped a match to LT and that was a great wake up call for us. It gave us the motivation to get back into the gym and work hard and practice with a purpose. Although there is no conference championship, I told the girls that this is a good year to defeat teams they have not consistently beaten in the past. I want them to change the mentality for the program into a winning mentality and leave a lasting legacy.