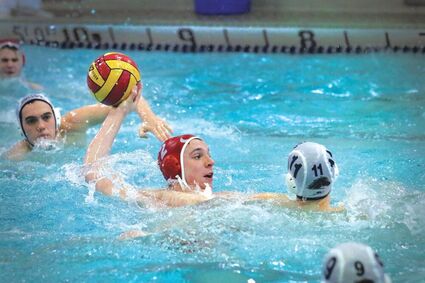 As this unusual year continues, the relocated football season gets its bearings alongside traditional spring sports such as boys and girls water polo. The coaches of these three programs share insight about their squads in the first of two spring preview articles. Boys gymnastics and the two other fall transplants, boys soccer and girls volleyball, will be featured in the second part April 1 .

Last year: lost in the first round of playoffs, 5-1 conference, 8-2 overall

Strengths: Especially the senior group has just been through so much over the last two years. Their junior year was in flux. Their senior year has just been postponed and postponed. The strength is the closeness of our senior group, because they have stayed close and worked hard without necessarily knowing when they would play. All that develops a different kind of character and different kind of resilience that is unique to this group. They are a quiet group, but a hard-working, show-up-ready-to-go kind of group.

Challenges: They are myriad. Everything is just always in flux, so having to adjust on a week-by-week basis and kind of hold that mentality that "I'm ready at any moment to adjust to something new" is how they've operated for a while. That is going to continue to be the case. The challenges will be from trying to manage multiple sports at the same time or switching to the classroom after spring break or all those little things that don't allow you to get into a routine. Sports - and so many other things - is all about building a routine.

Who to watch: I think we've got a lot of kids. It's nice to bring back our quarterback and our running back, Michael Brescia and Jaylen Laws. It's fun to have kids with experience when it's been 16 months since we played. Offensively we have Ryan Orput and Charlie Sessa, good athletes who worked really hard. We're excited to see what they can do against opponents. Our defense as a group I think just works really well together and complements each other well. I'm excited to see them as a group play together and put it all together in a game-type situation.

Outlook: They're a good team, but we don't know anything about anybody (else), which I think is also hard. We're taking everything one day at a time. They are going to show up to play every week, and I think that's half the battle right now, just showing up and doing the best you can with what you have. They are a lot of fun to coach, so I'm excited to see them get to see the fruits of their labor. They have been waiting a long time. I think we're going to have a lot of fun.

Furthermore: I'm just really impressed across the board, from the administration at the school and the parent groups and the kids and the coaches and just how hard everyone has worked to be ready. It's made me very proud to be part of a community that works so hard to be ready ... to try to provide these kids an opportunity to do something in what we all know is a terrible situation. It just says a lot about what people are working for, which is to try to provide good opportunities for kids.

Strengths: We have kids that are really eager to learn. We lost a year and so we have a really heavy sophomore class that lost their freshman year season. They are here this year and they are like, "I've got to make up for lost time." I also have some veteran players who are like, "We lost our junior season. We're eager to learn and we want to make up for lost time." We've got a freshman, too, who's amped to play. We were playing keep-away the other day. They had so much fun. It was great to see students and athletes and young people just look like they should be. I think that's what is really pushing us forward right now. They want to be here and they want to play.

Challenges: Obviously lack of experience. We have three players who come with some great experience from previous years in varsity and varsity tournaments. Other than that, most of my team is very fresh and very new. It is what it is and it's going to be a great molding year. This is the situation I think we're all kind of facing. We are going into every single team thinking it's going to be a challenge. We prep for every single quarter, not just one particular one.

Who to watch: Michael D'Aprile, he's a junior. His leadership, his experience and his eagerness, he's going to be fun to watch. He loves water polo and he loves spreading that energy to his teammates. Ben Harris is one of my veteran players. I've been with him since he was a freshman. I think he's really going to come into his own spotlight. Same with Alec Schmidt. I they are ready to step into their roles. Ethan Austermann is our goalie, another player that has been in the back a little bit watching because of older players. He's super eager. He wants to do his best, and I think he's going to make strides this season. Brody Marcet, a freshman, I think he'll be someone to watch.

Outlook: I really don't know. I'm going to take it one game at a time.

Furthermore: What I've loved working with my athletes for the last seven years is that every year there is a new challenge. One year, we almost got our pool taken away. Last year, we got our season taken away. One year, every kid got mono. One year, ever kid got concussions. Every year there has been something new and every year we do great. We do great within our conference, we make individual growth and that's all we can ask for as an athletic program.

Last year: season canceled due to COVID-19 after one win against Stagg

Strengths: We have a couple of returning players, one in particular, Katrina Geiersbach, who has been our leading scorer for the past two years. She's also recognized as an IHSA All-State Scholar Athlete. She's as good as it gets. Her experience and know-how, everybody else feeds off it. In addition, we have a lot of speed with Roslyn Thomas and Lindsey Theoharous that is going to help us spread out the pool, and they will be threats from the driver and wing position.

Challenges: It's obviously going to be taking a complete year off from COVID. Water polo was disproportionately affected. Due to the nature of the game, there weren't a whole lot of options for the girls to participate in the off-season. We're talking about some players who have only played one game in the last 24 months. We're diving into a slate of games were we play three, four times a week and it's going to be quite an adjustment after taking off for such a long period. And there is a new slate of rules that fundamentally changes how some of the game is played, in particular the change that we have the 5-meter line moved out to the 6 and how the fouls are called and how you can get the ball back into play. There is going to be an adjustment for the players and the referees getting used to that stuff. The changes were made to increase the pace of play, to open up the set a little more. It's quite a few changes. Anybody who plays club would have had the opportunity to get used to some of these new rules before. Now that we've been off so long, it makes it another wrinkle we have to iron out. 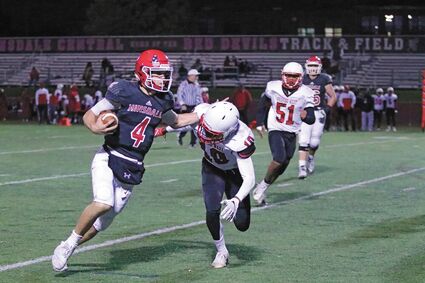 Who to watch: Katrina, Rosalyn, Lindsey. Abby McMillin, she's a sophomore who only played one game last year. She is going to be a force for the team. Our goalie, Olivia Zelenka. They will all contribute in a meaningful way.

Outlook: I will know more in a week. It's going to be quite an adjustment. We play one game and then spring break comes along. It's going to be hard to gauge where we're at until we actually start getting some games under our belt. I'm confident. There's talent on the team. We for sure should be competitive.

Furthermore: The theme for this year is flexibility. We need to be flexible because we know there are going to be changes no matter what. Hopefully they are changes in a positive direction, but we have to be prepared for what's around the corner because we don't necessarily know.