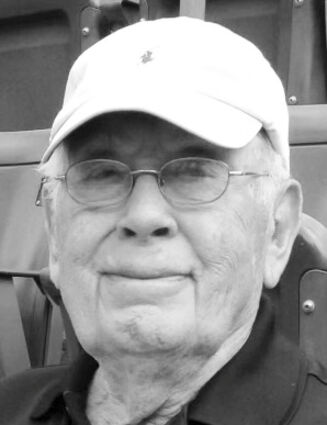 Ed was born in 1922 in Chicago. The son of Horace and Berta Stocker, Ed was the oldest of four brothers. The Stocker family were residents of Western Springs dating back to 1892.

Ed graduated from Lyons Township High School in La Grange and went on to graduate from Denison University, where he earned a degree in economics. He was a Navy veteran serving in World War II. After Denison and the Navy, Ed, along with his three brothers, worked for his family's manufacturing company, Stocker Hinge Manufacturing in Brookfield. During his career at Stocker Hinge, Ed served as president for 18 years and chairman for 22 years before retiring in 2004 at the age of 82.

Ed was a longtime resident of Hinsdale, where he raised his family. In addition to residing in Hinsdale, Ed enjoyed spending time in Naples and Fontana, where he had homes and a large circle of friends.

In his younger years, Ed was an avid tennis player, skier and golfer. He enjoyed traveling the U.S. and Europe, but what he cherished most was to spend time with his family. "Papa Ed" loved spending time with his 14 grandchildren and seven great-grandchildren, who always brought a smile to his face, especially while sharing Papa's favorite dessert.

He was preceded in death by his first wife, Ruth; his brother, Jack; and his step-daughter, Lisa Deering.

A celebration of life will be held Saturday, May 29, at Abbey Springs in Fontana, Wis.

In lieu of flowers, donations may be made online to Avow Hospice in Naples, Fla., at https://www.avowcares.org.