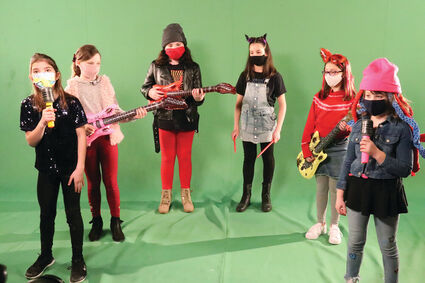 Students of BAMtheatre's Junior Conservatory Ensemble spent almost a year doing in-depth training on musical theater techniques and creation. The students, in third through eighth grade, came up with ideas and wrote an original play and lyrics for four musicals that were filmed in front of a green screen last month. Maeve Churchill, Ashton Rozich, Kendall Forcash, Ella Forsman, Caroline Hurley and Peyton Smolarczyk work on one of the scenes for "Monster Musical." When the film is edited, different backgrounds will be added in to the mix. The films are scheduled to be released later this spring. (Jim Slonoff photos) 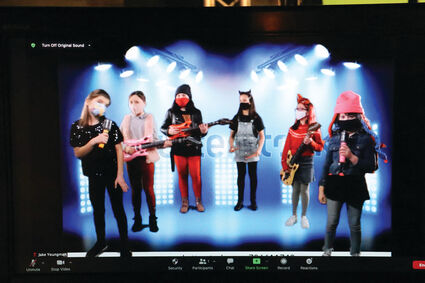