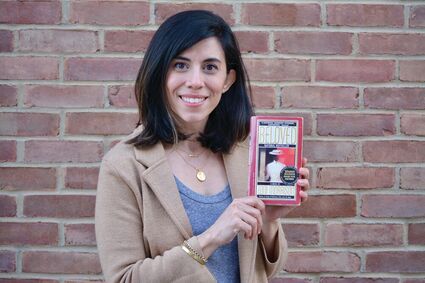 With favorite authors, it often doesn't matter what their next book is about. Their fans know they want to read it.

"There are certain writers, they could write anything and you know you're going to love it. It could be a grocery list and it's amazing," said Hinsdale's Cristina Henriquez, author of two novels and a collection of short stories.

Writer Susan O'Byrne of Hinsdale has her list as well.

"I will read anything these women produce - it doesn't matter," she said. "These gals, I know it's going to be amazing so I can pre-order without thinking about the book."

In honor of Women's History Month, The Hinsdalean reached out to Henriquez, O'Byrne and two other writers - Susan Blumberg-Kason and Laura LaPlaca - to talk about their favorite female authors.

O'Byrne was quick to note that women couldn't even read in Shakespeare's day and there was a time not too long ago when works by women were not necessarily respected.

"I think a few years back, probably in the late '90s or early 2000s, when there was a huge proliferation of the so-called 'chic lit,' I think a lot of women's novels were giggled at and not treated seriously. By now, they're not unusual," she said

And many no longer go unrecognized. Several of the writers listed below are among the 30 women who have earned the Pulitzer Prize for Fiction.

Without further ado, here are their recommendations.

"It took me a really long time to get to that book," she said. "I hadn't read it until a few years ago.

"I just read it and couldn't believe how extraordinary it was. To me, it's sort of like the Great American Novel."

Another writer she enjoys is Marilynne Robinson, whose most popular novel, "Gilead," won the Pulitzer Prize. Henriquez prefers a different title by Robinson, "Lila."

"I just have read it a number of times," she said. "I keep going back to it again and again and finding something new in it every time."

Henriquez had the chance to study with Robinson, who was teaching at the Iowa Writers' Workshop while she was a student there.

"To me, she's like an American treasure," Henriquez said.

• "Agatha of Little Neon," the debut novel of area writer Claire Luchette, which will come out in August

Henriquez is the author of "The Book of Unknown Americans," which was a New York Times Notable Book of 2014, "The World in Half" and "Come Together, Fall Apart: A Novella and Stories." Her short stories and essays have been published in The New Yorker, The Atlantic, The New York Times Magazine and The Wall Street Journal.

As a college student, O'Byrne said she read almost exclusively male authors. That trend continued as she earned her Ph.D. studying Shakespeare.

"Now I read a ton of female literature. It's like this wonderful world that I hadn't been exposed to, so that's great," she said.

Her newest favorite writer is Jesmyn Ward, whose "Salvage the Bones" earned her one of her two National Book Awards.

"I think of her as like the heir to Toni Morrison," O'Byrne said. "She writes that kind of lyrical but brutal prose. It's just gorgeous."

Scottish writer Kate Atkinson does such a good job with her "Jackson Brodie" series that O'Byrne has been compelled to read a genre she typically avoids.

"I don't like detective fiction, but she has a single series about a detective. I gobble them up. I wait for them to come out."

• Margaret Atwood's "The Testaments," a sequel to "The Handmaid's Tale"

O'Byrne, a contributing columnist for The Hinsdalean, published her first novel, "Kansas, She Said," in August 2020. She also is the author "Coffee Spoons and Other Stories."

Susan Blumberg-Kason enjoys reading the collected essays of Samantha Irby, an Evanston writer who is a New York Times best-seller. She pointed to "Meaty," "We Are Never Meeting in Real Life" and "Wow, No Thank You."

"These are really over-the-top essays," Blumberg-Kason said. "I think she is just hilarious. I just love her books."

Another favorite is the novel "Little Fires Everywhere" by Celeste Ng.

"I like her a lot," she said of Ng. "Her stories are very layered.

"I just love her characters," she added. "There is something about a lot of her characters that aren't really likable but they are still sympathetic at the same time. I think that is very human."

• "Half a Lifelong Romance" by Eileen Chang

• "Fruit of the Drunken Tree" by Ingrid Rojas Contreras

Blumberg-Kason is the author of "Good Chinese Wife: A Love Affair with China Gone Wrong" and co-editor of the anthology "Hong Kong Noir." She is regular contributor to the Los Angeles Review of Books and the Asian Review of Books. Her work has appeared in The Frisky, Cha: An Asian Literary Journal and the South China Morning Post.

LaPlaca was very young when she encountered the first writer who prompted her interest in reading and writing.

"I read all 'The Little House on the Prairie' books by Laura Ingalls Wilder," she said. "The authors that I really prefer to read, they talk about normal people's lives and ordinary things that happen in people's lives."

That explains why she is a fan of Elizabeth Strout, especially "Olive Kitteridge," which won the Pulitzer Prize. 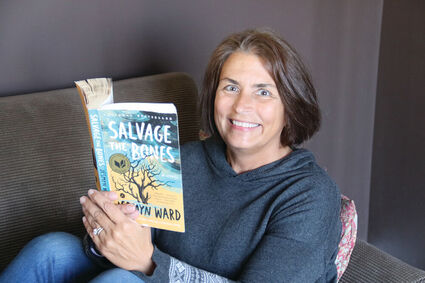 "I just really like that style of writing. You're almost reading short stories but they are connected. They are just about a person living in a small town and people she meets and how they impact her life."

She recently enjoyed reading "A Spool of Blue Thread" by Pulitzer Prize-winning author Anne Tyler, but her favorite works by Tyler are "The Accidental Tourist" and "Dinner at the Homesick Restaurant."

"In all these books, you can see something of yourself," she said. "You can see people you knew or something that happened in your life that you can relate to."

LaPlaca, a longtime columnist for The Hinsdalean and writer for The Community Revue, recently published her first novel, "Ruth: Stories of a Young Girl."