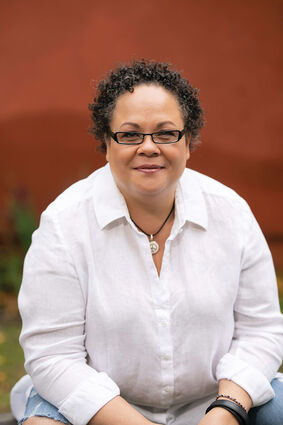 Julie Lythcott-Haims will draw from her book "How to Raise an Adult" to guide District 181 and District 86 families in equipping their children with vital life skills. "What makes you a child versus an adult is the degree to which you are responsible and accountable for yourself," she said. (photo provided)

How can parents prepare children for adulthood?

Working as a dean at Stanford University, Julie Lythcott-Haims was dismayed both by the basic life-skill deficiencies she observed in many first-year students and the frequent parent interventions to try to ease their near-adult children's burdens.

Then she looked in the proverbial mirror.

"My 'Aha!' moment was when I came home one night, sat down at the dinner table, leaned over my 10-year-old's plate and began cutting his meat," Lythcott-Haims related.

Her own over-parenting tendencies compelled her to pen "How to Raise an Adult," about which she will present a Zoom webinar from 7 to 8:15 p.m. Wednesday, March 10, as part of the Community Speaker Series sponsored by District 86 and District 181 (see Page XX for details).

She said protecting children from failure should take a backseat to helping them cultivate habits for success.

"We want them to be in charge of themselves," Lythcott-Haims stressed. "Our job as parents is to put ourselves out of a job by raising fully capable, independent adults."

At the core of her message is the "ARC" of a self-sufficient human. The "A" is for agency, or the ability and confidence to, for example, do laundry or hold a conversation with adults such as their parents' friends. "R" stands for resilience, the determination to work through difficult circumstances without a parent swooping in. Finally, "C" signifies a character that values one's self-worth but not as the center of the universe.

"It's more important to focus on these traits than on the college they're going to get into," Lythcott-Haims said.

The challenge for parents is to resist hitching their identities to the achievements, or stumbles, of their children. Smoothing out life's rough patches to avoid pain or embarrassment may seem virtuous in the short-term, but it can undermine a child's maturation process.

"We don't want the lesson to be that your parents will always handle it for you," she said. "Don't prepare the road for your kid. Prepare your kid for the road."

In some cases the former can result in more serious fallout, she noted.

That relentless rescuing takes a toll on parents, too. Instead focus that nurturing energy on developing kids' self-sufficiency. Societal pressures don't help, of course, as the nagging fear of not "keeping up with the Joneses" is hard to shed. But the driving factor should be resourcing kids to keep up with life.

"They need to know how to handle life when it doesn't go their way and find the courage to be who they are," she said.

So start now, Lythcott-Haims encouraged, by inviting children to contribute to household chores and, if old enough, take on a part-time job or volunteer project.

"They feel valued, they feel appreciated and it builds a work ethic," she said. "They actually strengthen their skill set and sense of belonging within the family.

"And they're going to be a kind, responsible human being that others will look up to."