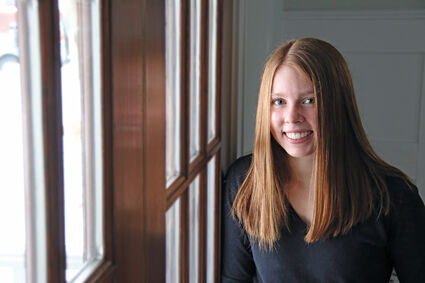 Among its many sobering revelations, the pandemic has shone a light on the importance - and vulnerability ­- of the nation's economy.

"I kind of thought it would be helpful for younger kids to understand principles of economics before starting middle school and high school," she said.

Mehrhoff is finalizing plans for a summer program for kids in second through fifth grade to impart foundational concepts. She herself became interested in economics while studying it freshman year and is currently enrolled in AP microeconomics. That focus - on the impact of individual decision-making on the economy as a whole - seemed like a great jumping-off point.

"I plan to conduct simulations that would allow the students to learn about cash flow and the pros and cons of a market economy," Mehrhoff said.

Her brainchild was inspired by children's economics program in Scotland she had read about, along with her cousin's report of a similar initiative in Michigan. Activities will include entrusting students with a pretend bank account to manage and having them run a business, as well as serve as patrons.

"I thought is was super-interesting since (the Scotland program) assigned kids with different jobs within the community, like a restaurant owner or shop owner," Mehrhoff said. "Students also go around to the different businesses and spend money there so they can learn about cash flow between businesses and individuals."

She also intends to give the kids primers on the most common economic systems, namely capitalism, market economy and socialism.

"I'll teach both the benefits and detriments for each system," she said.

She stressed that giving the course a strong hands-on dynamic is vital.

"It's combining elements of fun with learning, instead of just teaching off of, like, a PowerPoint presentation," she said.

Mehrhoff said her own journey of understanding has illuminated how young people deal with economic factors every day but often don't know it.

"Freshman year I didn't really know the impact that a single consumer could make on the economy as a whole," she said.

The unprecedented challenges of the last year, in particular, has been eye-opening

"I'm just realizing how much an event like that causes unemployment and other problems in the economy," Mehrhoff said.

She's being assisted by friend and fellow Hinsdalean Megan Bauschard in brainstorming the program and finalizing details.

Her bottom line goal is to edu-tain.

"I want (kids) to see they have the power to impact the economy," she said. "And I hope that they have a fun time."