Winter sports season on, will be brief

Red Devil teams anxious to get back to competition, even with a truncated schedule 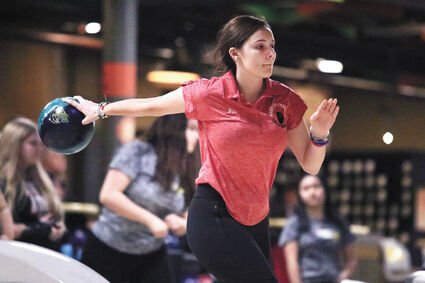 The boys and girls bowling teams, girls gymnastics team and boys swimming and diving team all started competition this month after their seasons were postponed in November due to the COVID-19 pandemic. In total seven sports will play abbreviated winter campaigns. No state championships will be played, and the season will end March 13. (file photos)

After months of waiting, Hinsdale Central athletes and coaches in late January heard the words they've been waiting for: Game time!

The Illinois High School Association announced the start of the winter season Jan. 27. After holding the requisite number of practices, teams faced their first opponents earlier this month.

Seven Red Devil teams are competing this season. Previews of the boys and girls basketball and girls badminton teams will run in the Feb. 18 issue.

Strengths: Very nice group to work with. Very committed and eager to learn.

Challenges: We do not have a lot of experience but, again, they are willing to learn.

Who to watch: All of them are unique, whether it is their throw or approach.

Outlook: This season will be very different than any other. The season is abbreviated so it is hard to say. We'll see.

Last year: 6th at regionals, one bowler qualified for sectionals

Strengths: Their dependability. They're there all the time. This year because we started in November, we had two practices and then we got shut down. When we restarted, we've had really good attendance. Their dependability and their interest in bowling, I think that's a strength.

Challenges: The West Suburban Silver conference in bowling is very competitive. There are some good teams. Last year, two teams qualified for the state meet. It's like that all the time.

Who to watch: I think that this year we will have one of the better bowlers in the conference. She's a senior. This is her fourth year bowling for me - Lainey Harvey. My varsity this year is going to be all seniors. We're doing that on purpose because the girls that have been with us, we're going to keep them on the varsity and give them a chance to compete. They are Lainey Harvey, Lauren Riehle, Emily Venis, Alli Fuller, Corryn Baran, Caitlin Brankin and Colleen Yopp. We have Avery Andersen, Megan Katsis, two sophomores. We have five sophomores down on the JV, which I'm happy for. I think next year it's going to be their turn along with some other sophomores we have. We also have two new seniors that came out because their sports aren't running right now.

Outlook: I think they've shown improvement. I think they will compete, and we'll see who knocks down more pins. We have no tournaments. We are bowling conference matches and that's it. We'll go until the first week of March.

Furthermore: I was looking forward so much to that meet last Thursday (that was canceled due to snow). There was no baseball last year, no football. The last competition I had with Lainey was at the sectional. It was a year ago. Let's go out and compete and have fun.

Last year: 2nd in conference, 5th at sectionals, one gymnast qualified for state

Strengths: They're all hard workers. It's a very talented group. I wish we had more time to workout, because now they are rusty from all the pauses.

Challenges: I think the biggest thing is our season is so short, and then with a lot of them coming off not having done gymnastics for a little bit, I think that's

Outlook: I think they're going to do pretty well. They have a lot of talent. It's just a matter of trying to get back what they had before all of this. Hopefully with the (shortened) season, we can get it all together.

Furthermore: They're a great, hard-working group and they're fun to be with. I'm glad that we're having some kind of season.

Strengths: I think they're a group that's going to show people how to persevere. No matter what is thrown at them, they keep trying to take the positive, as much as possible, and make a plan. We definitely have some seniors that would like an opportunity to go out on top, so we have great leadership out of them. A couple of guys are returning state champions and would like an opportunity to swim as fast as they can in a high school environment one more time.

Challenges: Essentially, I think it's maneuvering a season that is so interrupted. Not knowing how hard to practice for how long and when to shut things down is mentally a challenge, and we are trying to evaluate where we are physically day by day. I have 31 days to figure out where we are and how to start slowing it down. 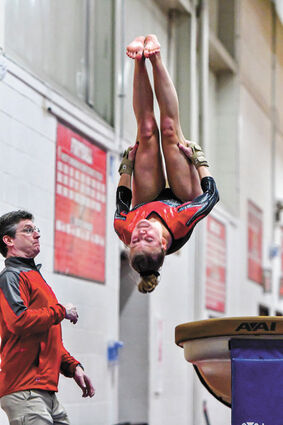 Who to watch: I'm excited to see quite a few people. I'd start off with Nolan Lahmann. He's been really impressive in practice. He currently signed with Emory for the fall. I think he still has a few things he would like to accomplish at the high school level. John Tischke has been an incredible team player and this senior year was his chance to shine. We're excited to see what conference will bring for him, especially in the fly. Erkan Ozgen recently signed with Ball State. As the anchor of our state championship relay last year, I'd love to see him go out with a lot of success in the spring freestyles. I think I'm excited to see our freshman class establish a place on this team, with six of them being part of our varsity group this year. To have that many freshmen able to handle the training, we are very excited. We hope their speed follows through.

Furthermore: The guys did a really nice job of staying in shape during the pause, finding water and abiding by social distancing restrictions so they did come back in shape. We are in mid-season stride even though we're on Day 16 of the official season.